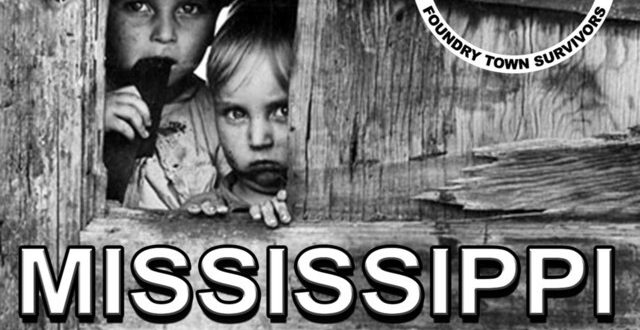 Bucolic songcraft is sweeping the world of indie rock right now, and yielding some pretty incredible results, to say the least. One of the best new tracks I’ve listened to lately that exploits the Americana revival aesthetic a little better than any of the other singles I’ve listened to this year have is Foundry Town Survivors’ “Mississippi Rising,” a colorful yet stoic folk-rocker that begs for us to turn up the dial and get lost in its CSNY-style harmonies. It’s a retro anthem that feels a lot more modern than its old-fashioned tonality would initially suggest it could, and it’s a must-listen if you like singer/songwriter content right now.

This track’s bright vocals are among the most decadent elements comprising its charm, but the weight of the words they convey to us is more intense than any pipes could match with a melody. There’s a cutting, brooding notion to the harmony that forms between a voice and a mandolin in “Mississippi Rising,” and depending on how you’re breaking down the verses, I think it becomes so strong by the second half of the song that it’s hard to resist the warmth of the music no matter how loud your speakers can go.

The chemistry these players have is amazing, and I think it clarifies the investment they each made in the narrative of this single before they ever sat down to record it. There’s so much feeling just as we inch closer to the climax in “Mississippi Rising” that when we get there the catharsis released is akin to much of what we’ve spent the last couple of minutes experiencing in the lead-in. This is start to finish magic and saying it’s endearing might not be properly summing up the emotion behind every utterance in this piece.

I hadn’t been listening to Foundry Town Survivors before getting turned on to “Mississippi Rising” this September, but between the music video and the song itself, I’m convinced they’re worthy of keeping tabs on as we shift gears from the summer recording season to an autumn promising a lot of bold output from around the globe. Alternative musicians, and especially those with an Americana bend, are leading the way with some of the most fetching content to emerge from an underground market in a generation, and to me, Foundry Town Survivors belong in the spotlight beside the best players in this business right now.

Previous Exclusive Interview With Gotaflika
Next Single Review: “All Together” Neil Nathan