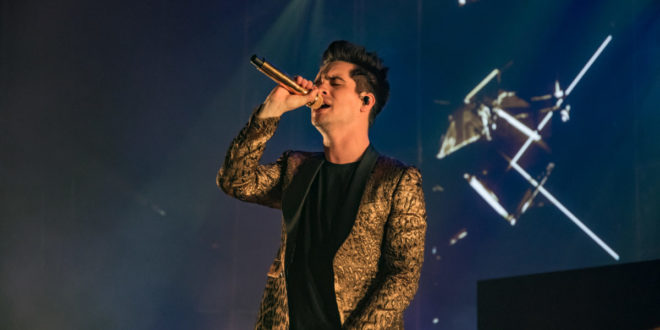 Panic! at the Disco Announce Live Album “All My Friends We’re Glorious”

Panic! At the Disco today announced All My Friends We’re Glorious, a 21-track live album recorded on the band’s recent Death Of A Bachelor Tour. All My Friends We’re Glorious is due for release on December 15 via Fueled By Ramen/DCD2/Crush Music and will be available digitally as well as on a limited edition double vinyl. The album will be available for pre-order starting Tuesday, November 21 HERE.

Panic! At The Disco’s 35-city Death of a Bachelor tour kicked off February 24, 2017 in Uncasville, CT and wrapped on April 15, 2017 in Sunrise, FL making stops at major venues including New York’s Madison Square Garden and L.A.’s The Forum.The media was quick to praise the ambitious stage show, proclaiming, “a masterpiece of arena rock…Panic have reached the next level” (Forbes), “[Urie’s] stage presence was phenomenal” (NY Observer), “all-or-nothing effort shining above even the most breathtaking theatrics ” (Billboard).

Following the Death of a Bachelor Tour, Urie made his Broadway debut starring in the Tony® Award winning musical Kinky Boots. Urie joined the cast as ‘Charlie Price’ from May 26, 2017 through August 6, 2017 at The Hirschfeld Theatre, a period in which the hit musical posted its highest weekly gross since the 2014 holiday season.

All My Friends We’re Glorious Tracklisting 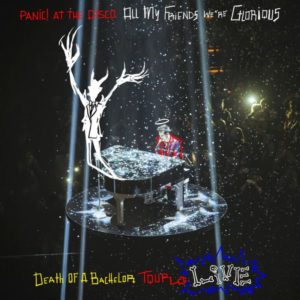