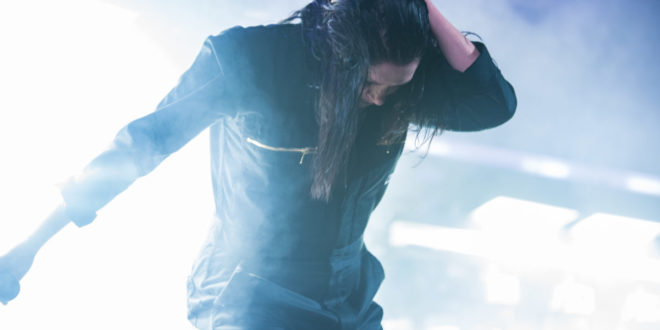 Fresh off her first ever arena tour supporting label-mates Imagine Dragons, acclaimed Night Street/Interscope recording artist K.Flay announces the second leg of her highly anticipated 2018 North American headline tour. Fans on the East coast and Midwest now have a chance to experience her awe-inspiring, high-energy live shows with the second leg kicking off on March 12th in Washington, D.C. with stops in Detroit, Toronto, Montreal, Philadelphia, New York, Boston (and more) before concluding in Houston on March 30th. Tickets are on-sale now and are available at www.kflay.com.

K.Flay’s 2018 headlining tour officially begins on January 11th in Santa Ana, taking her to Los Angeles, San Francisco, Seattle, Portland, Vancouver, Chicago, Nashville and more. On the first leg of the tour, K.Flay will be joined by Sir Sly, with YUNGBLUD supporting on the remaining dates. She will also be joining palsImagine Dragons for their European leg of the EVOLVE World Tour. In addition, K.Flay has announced a number of headline shows in Europe, including dates in Berlin, Copenhagen, St. Petersburg, Moscow and more. For a full list of tour dates see below.

Earlier this year, K.Flay released her debut album “Every Where Is Some Where” which debuted at #1 in the Billboard Heatseekers Chart and boasts powerful tracks such as “High Enough,” “Blood In The Cut,” “Black Wave” and her current single “Giver,” which continues to climb at radio. Watch the inventive new lyric video for “Giver” HERE.

In support of her critically acclaimed release, the Illinois-born, Los Angeles based artist has made late night television appearances on NBC’s Late Night with Seth Meyers and TBS’ Conan and has received critical praise from The New York Times and Pitchfork thanks to her fearlessly detailed lyrics and socio-political commentary. “Every Where Is Some Where” (released April 7, 2017) is her most deliberate and dynamic work yet, and is a thrillingly vital album that channels the frenzy and anxieties of today’s world but ultimately exhilarates.

In other news, to celebrate the 1 year anniversary of last year’s Crush Me EP release, K.Flay took to Medium to announce the release of her Crush Me Book; a compilation of fan messages and notes from her days on the road this past year, where proceeds would go to chosen organizations in time for the holidays.  Since then, K.Flay has raised funds to go to three fan-selected charities; Mission Supports, Whitman County CASA and Promise House. Speaking of the initiative, K.Flay says “we received hundreds of emails about organizations that are changing communities and people. I was touched by stories of the folks who run these organizations and their tireless commitment to making this sometimes terrible world a little bit brighter.” More details on each of these organizations can be found below.

Be sure to catch K.Flay on any of the following dates. More details can be found at www.kflay.com.

K.Flay’s “Every Where Is Some Where” is available everywhere now.
Retail | iTunes | Apple Music | Amazon MP3 | Spotify | SoundCloud 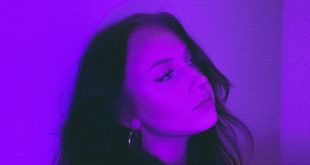