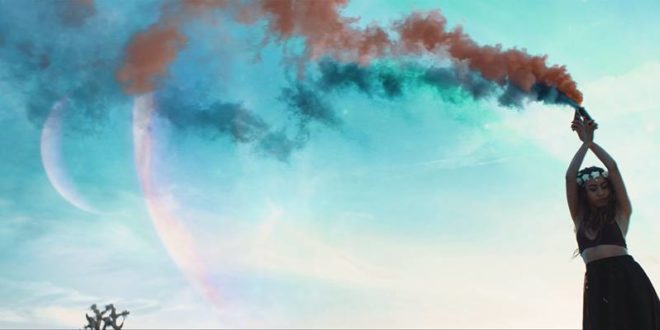 Based in Seattle, Washington, R&B alternative artist Jessica Domingo is back with a single from her upcoming EP, Moonplay.

At a young age, Jessica began her career on YouTube, covering everyone’s favourites Frank Ocean, The Weekend, Drake and Beyonce, accumulating over 5 million total views and 58K unique subscribers. Claiming to have had a lifelong passion to perform, Jessica learned to play the drums, piano and guitar at just 5 years old, something that translates well within the pristine and thought-out composition of her music.

Alongside fan favourites “Sleep” and “F.N.S”, “Wonderland” is also built upon an unnatural, electronic sound molded into hectic melodies that make the track stand out further when a fuller sound is introduced in the chorus. Domingo’s voice resembles many popular in the music scene right now; a feminine slur suited for its place among indie, rock and any experimental sound these days.

“By combining and redefining established genres of music and discovering her very own sound, Jessica is on track to lead a new sonic revolution in writing Moonplay”, which will be released independently by the artist.

The music video showcases the visual aesthetic to the music she creates with a colorful intensity, showing a somewhat bland palette of pastel blues in the middle of nowhere, to bursting reds, blues and oranges that compliment the overall atmosphere as the track fades in and out.

Though the sound somewhat overpowers Jessica in some verses, naturally, the track comes to a buildup in which we really see confidence in Jessica’s vocals coming to the forefront, and again in the final scene of the video that brings stronger vocals near the end, an almost rap piece combined with Jessica seen holding smoke bombs and the use of shadows that made this track 100% more trippy.

You can purchase Moonplay on iTunes, stream it on Spotify and Apple Music today.