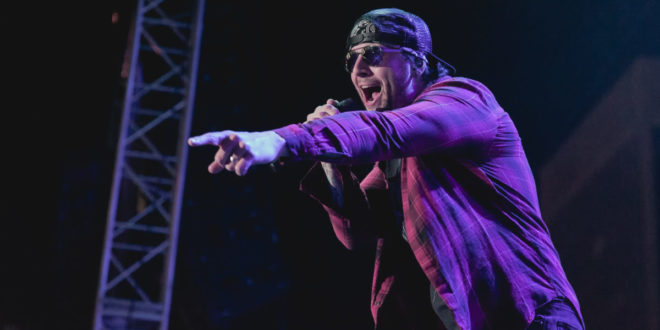 AVENGED SEVENFOLD continue their expansion of new album THE STAGE with today’s release: a cover of the 1966 Rolling Stones’ hit, “As Tears Go By.

“We really got into some of the deeper Rolling Stones tracks during the writing process for ‘Hail To The King,’” says Avenged Sevenfold vocalist M. Shadows. “This song always stood out because of the melody and fragile state of Mick Jagger’s vocal and the interesting string section in the bridge. We took a more uptempo rock & roll approach and added the sitar as a little nod to the experimentation of the 60s.”

Over the course of the past several weeks, Avenged Sevenfold have been steadily adding new tracks to THE STAGE and transforming the album into an evolving body of work. They began with Mexican folk song “Malagueña Salerosa” and followed with a reimagining of Mr. Bungle’s “Retrovertigo,” original track “Dose,” a cover of Del Shannon’s 1961 No. 1 hit, “Runaway” (featuring a guest appearance by Vandals’ guitarist Warren Fitzgerald and lead vocals by Avenged Sevenfold guitarist Zacky Vengeance) and the band’s version of The Beach Boys’ 1966 hit, “God Only Knows.”

THE STAGE is the band’s 7th studio album and first for Capitol Records. The album hit No. 1 on Billboard’s Rock, Hard Rock and Alternative Albums charts, No. 4 on the Top 200 and debuted Top 5 on iTunes in over 35 countries.  Its title track hit Top 5 at rock radio and its companion video has amassed over 19.5 million YouTube views to date.

Avenged Sevenfold (vocalist M. Shadows, guitarists Synyster Gates and Zacky Vengeance, bassist Johnny Christ and drummer Brooks Wackerman) just wrapped a stadium summer run with Metallica as well as on their own series of special headline shows. Next up is their headlining slot at the Houston Open Air festival on September 15th.

Tags as tears go by Avenged Sevenfold single the stage