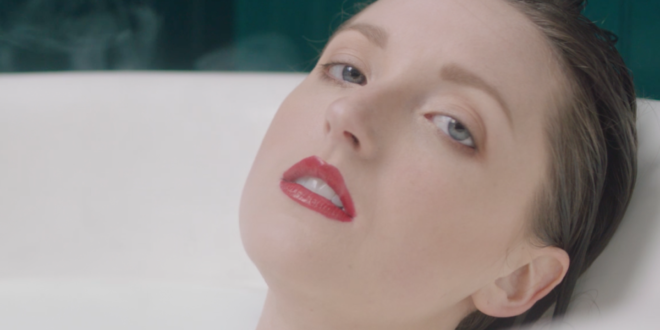 St. Louis native singer/songwriter Lizzie Weber has just premiered the video for her current single “Love Again” over on Atwood Magazine. The video (directed by Carla Dauden) is a stunning metaphor for the loneliness of loves lost and the strength and determination needed to return to love. Atwood Magazine called the video “stirring” and the song possessing a powerful “message of individual strength.”

Weber had this to say about the track: “The song is essentially about a woman remembering that she is not unloveable and recuperating her sense of self-worth. I knew I wanted to make a music video that dramatized these elements, specifically focusing on the woman finding herself after devastation. I feel incredibly lucky that I got the opportunity to team up again with Carla (my director), who I believe created an incredibly unique concept emphasizing the motif of the song. The greatest human desire we have is to love, and to be loved, and that begins with loving yourself.”

“Love Again” was produced by Sheldon Gomberg (Ryan Adams, Ben Harper) and is available on iTunes.

Lizzie released her debut full length album in January 2014, and in addition to “Love Again,” released a rendition of Nirvana’s “Heart-Shaped Box.” She has performed with such renowned songwriters as Marketa Irglova (the Swell Season/Once), Gill Landry, Tiny Ruins, and John Gorka. She is currently working on her second full-length album.​
​
Her music video for “Falling Like Fools” was an official selection at seven international film festivals and won awards at two of them. It was most recently selected out of 2,000 submissions to screen at the Reel Teal Film Festival, where it won “Best Music Video of
2016.”

Weber recently wrapped up a tour of Japan and has upcoming shows planned in the Washington state area. To stay current on all things Lizzie Weber be sure to follow her on Facebook, Twitter, Instagram.