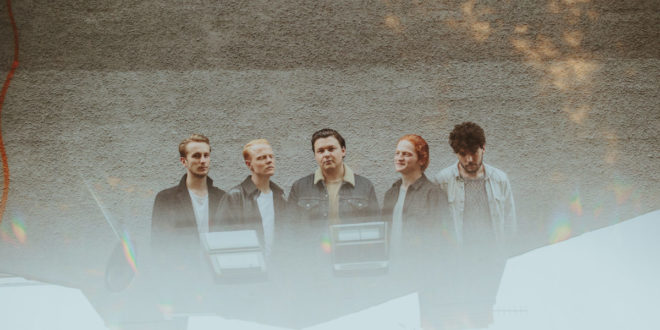 “ADHD is a song of contrasts. The lightheartedness of the music and the seriousness of lyrics don’t really match up which gives it that little extra edge.It’s like a prescription written on a sandwich board” said Benki Inkley, vocalist of Fizzy Blood

Listen to the track on Spotify or SoundCloud

“ADHD” saw its worldwide radio premiere on BBC Radio 1 Rock Show alongside an exclusive interview. The track drops just before the band’s performance on the hallowed grounds of Reading & Leeds festivals, marking the culmination of a heavy year of touring. Highlights for the band include their second performance at SXSW, support to While She Sleeps, Liverpool Sound City, The Great Escape, Camden Rocks, Download, 2000 Trees and Tramlines festivals.

“Being a band based in Leeds all you hear, all summer long is ‘Ahh so you’re going to Leeds Festival right?’. In years previous we’d have said with broken hearts a collective no. We’re all buzzing to now actually reply to those people with ‘yeah see you there!’. Without a doubt, it is our favourite festival in the UK, and it’ll be an exciting first for many of us to check out Reading festival too. We love mud so much!” Said Inkley regarding the band’s appearence at the upcoming festival.