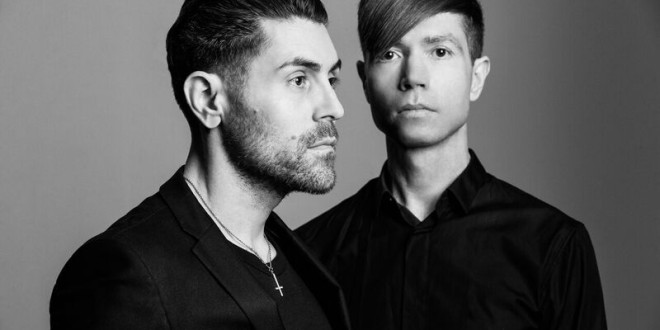 Blaqk Audio’s DAVEY HAVOK and JADE PUGET have teamed with Billboard  for the premiere of “Waiting To Be Told,” the latest track off the duo’s upcoming album, MATERIAL, which is set for an April 15th release through Blaqknoise/Kobalt. Click HERE to listen.

Blaqk Audio will be touring in support of the album with a North American headline run that kicks off May 4th at the House of Blues in San Diego, CA.

“Waiting To Be Told” follows the release of lead track “Anointed,” which can be streamed HERE.  Fans can get both songs as instant downloads by clicking HERE to pre-order MATERIAL on iTunes.

Though best known for their work with multi-platinum rock band AFI, Havok and Puget’s shared love of electronic music runs deep. Havok, who counts Devo’s Freedom of Choice and Duran Duran’s self-titled debut among the first albums he owned, saw his tastes evolve over the years from the synth pop of Erasure and Pet Shop Boys to Depeche Mode and ultimately to the heavier, darker Skinny Puppy, Ministry, Front 242 and Lords of Acid. Later, Havok immersed himself in the “futurepop” genre, which combined dark dance-y electronica with melodic vocals. From roughly 1999 to 2003, his contemporary musical diet consisted almost exclusively of artists falling under the industrial/ebm/futurepop/bigbeat/trance umbrella.

In an interview with influential Los Angeles radio station KROQ, Havok talked about the differences between Blaqk Audio and AFI: “Blaqk Audio is pure electronica whereas AFI uses organic instruments,” says Havok. AFI has drums and bass and guitar and there’s none of that in Blaqk Audio.”

“Being huge music fans and fundamentally driven by music in a creative sense, BA is a wonderful outlet for our long-standing love of electronic music,” says Havok. “Were it not for BA, I’d still be writing this type of music, even if it never saw the light of day.” 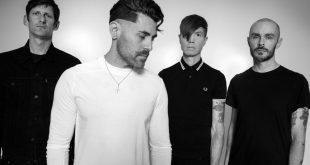 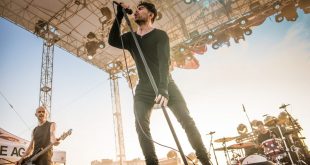