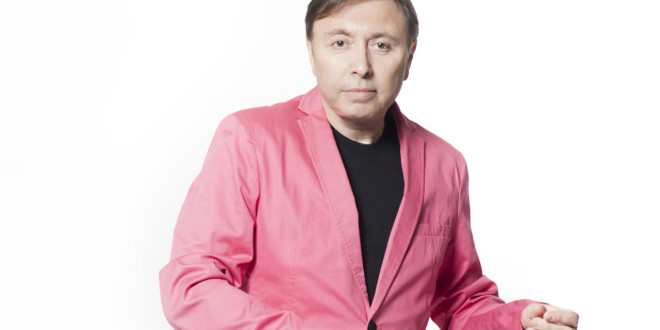 Oleg Frish is a well-known singer, performer, and radio and talk show host. To commemorate his twentieth year in media, Frish recently recorded and released the album “Oleg Frish, Duets with my American Idols.” This 14-track album is a reprisal of many of Frish’s favorites from the great American songbook from the 1940s to 1960s. Frish’s time as a radio and talk show host has allowed him to interview and befriend numerous talented musicians, and he was lucky enough to be able to ask many of them to perform duets with him. There are 10 duets on the album, recorded with legendary singers from the 1960s and 1970s, and four solo tracks. The album is not just a standard rendition of these classic songs, but a beautiful rendering showcasing Frish’s unique style and the different style of each person he chose to duet with.

The album begins with a quick introduction by Connie Francis, a star of American Bandstand in the 1950s, who presents Frish and the concept behind the album. The voices and musical styles of the artists Frish chose are really varied, but he manages to blend his voice flawlessly with each and remain true to the genre of the songs they are performing.

“Day by Day” is sung with Ben E. King, a striking duet made even more poignant by the fact that it is the last known recording of King before his passing. The two perform a playful synchronized scat. Frish sings “You’re Nobody until Somebody Loves You” with Gary U.S. Bonds, and Bonds’ deep bass voice is a perfect counter to Frish’s tenor throughout this track. The song is done in traditional, classic big band style with the jazzy horns in the background and the ease of the voices floating in and out with the music. They call to each other throughout, as when Bonds says “tell ‘em Oleg,” truly reminiscent of the big band era. Their singing is like a conversation with each other; natural, relaxed, and pleasing to listen to.

Another classic that nearly everyone is familiar with is “The Way you Look Tonight,” performed with Peggy March. Their version of this frequently recorded and performed song is anything but tired. The instruments are jazzier and livelier than the original and Frish made the interesting choice of singing this song with a woman.

Frish also does a couple of fun things with language. The album is not purely in English, two tracks, “Volare” and “What a Difference a Day Makes,” are sung in Spanish and English. On both the music has an appropriate Spanish flair in addition to the jazzy horns found throughout the album. “Hello, Dolly!,” sung with Lanie Kazan is sung in Yiddish and English. This song is meaningful for Frish as the first American song he ever heard and his decision to have Kazan sing in Yiddish keeps it whimsical, intriguing, and fresh.

One of the songs Frish chose to sing solo is “Bagel and Lox,” a funny song from the 1940s about, you guessed it, eating bagels and lox. The lyrics could come across as cheesy to some modern listeners, but Frish keeps it light-hearted and playful, a respectful tribute to the song and its time period.

“Oleg Frish, Duets with my American Idols” is a magnificent homage to timeless American songs and classic American singers. Frish made an intelligent choice with each song and who to duet them with, each song fitting within the big bang style and maintaining the spirit and energy of Frish and each artist he chose to duet with. Frish’s tribute to these classics is well-thought out and even better performed.