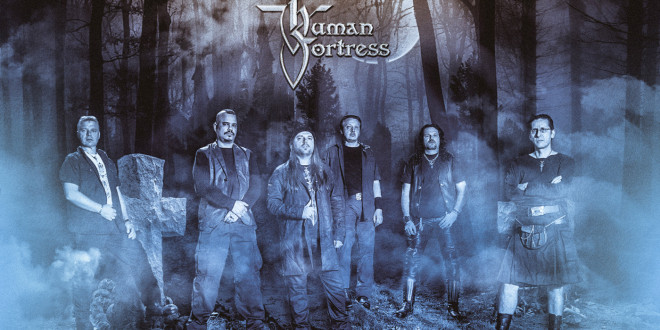 Maybe it’s the music video for title track “Thieves of the Night,” but German melodic metal band, Human Fortress’s latest creation—released April 1st by AFM Records—brings a medieval epic to life. From the first power metal-infused track, listeners are along for the journey all the way through to the album’s acoustic close. Narrated by vocalist Gus Monsanto, guitarists Torsten Wolf and Volker Trost, keyboardist Dirk Liehm, bassist Andre Hort, and drummer Apostolos Zaios; Thieves of the Night’s sound is reminiscent of the band’s early 2000’s piece, Defenders of the Crown.

The record opens with “Amberstow,” introduced by a quick, yet haunting keyboard solo before Human Fortress’s enthusiasm is harnessed into an energy-filled package complete with thundering guitar riffs, screeching solos, and commanding vocals. It’s a great introduction and like a decent portion of the album, a strong example of melodic metal.

The third track, “Rise or Fall” is also a heavy-hitter, and the chorus itself creates an anthem any knight would be proud to ride into battle with (if only metal had existed in the Middle Ages). “Thrice Blessed” is another standout, as Monsanto’s voice glides across high and low notes. Its raw edge is especially chilling when accompanied by the music’s heavy pulses, crushing crescendos, and the buildup of several mid-track solos.

It’s almost a shame for “Thrice Blessed” to be followed by “Hellrider,” as its hard rock sound feels out of place. Indeed, while the song’s lyrics succeed in painting an epic landscape, the track seems to fall short in terms of energy and marks an unfortunate misstep. The rest of the album’s tracks seem to fall somewhere between these standouts and “Hellrider” in terms of sound, making the album a good but not necessarily astounding listening experience.

While Thieves of the Night marks a solid addition to the tomes of melodic metal, it does ultimately fall short. While Human Fortress may have missed out on that “special something” to make their latest offering truly unique, it is still a strong piece of work and worth checking out for fans of the genre.