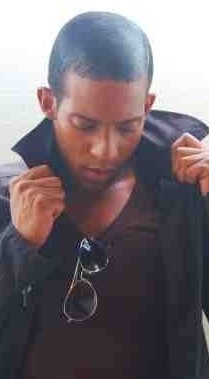 Singer/songwriter L.A. Davis was born in the bustle and commune of London’s East End. His spirit and determination to succeed come from an overwhelming ability to understand life from a lesser advantaged view point. As a true ‘Cockney’ Londoner, he centers his lyrics right from the heart, it really doesn’t matter what a melody sounds like, if the words aren’t true then listeners are less likely to buy into the ethic of a song.’ he says. Being raised and brought up in London proves to be a true inspiration for this artist, his gravely, yet smoky quality to his voice provides the key distinction between his musical counterpart’s.

The CD kicks off with Change, the title track which is an excellent piece of music that contains some amazing female vocals to accompany Davis who also pulls off just as great a feat himself. Both put in a flawless performance. And next it’s a trippy sort of number with a funny title in 10 Round With Tyson. This is a more prestigious track for sure, not knowing if it’s better, just different to my taste. It runs the distance at this kind of music, which I’ve never dismissed, and Davis is a pop singer at heart, but ultimately much more of a great soul singer. Track 3 is even better, Set me On Fire, is a killer duet, and a high moment on the disc. Most of this music has to really be danced to be fully appreciated, but a lot of it also has listenable qualities, like driving to, etc… I’m not one to usually listen to this, it not being my demographic, but good is good, and there is nothing to knock concerning anything on this CD. Even having said that, there is still something to offer on its level and perhaps more. With Ammunition being another one of the best tracks, it leads the rest down to 365, which takes the disc out but does it well.

To sum it all up this can turn any ear, but just the same it does have its target audience, and it’s massively globally marketable, without question. It might be sooner than later that L.A winds up a household name for adult contemporary pop music lovers. John O’Flaherty