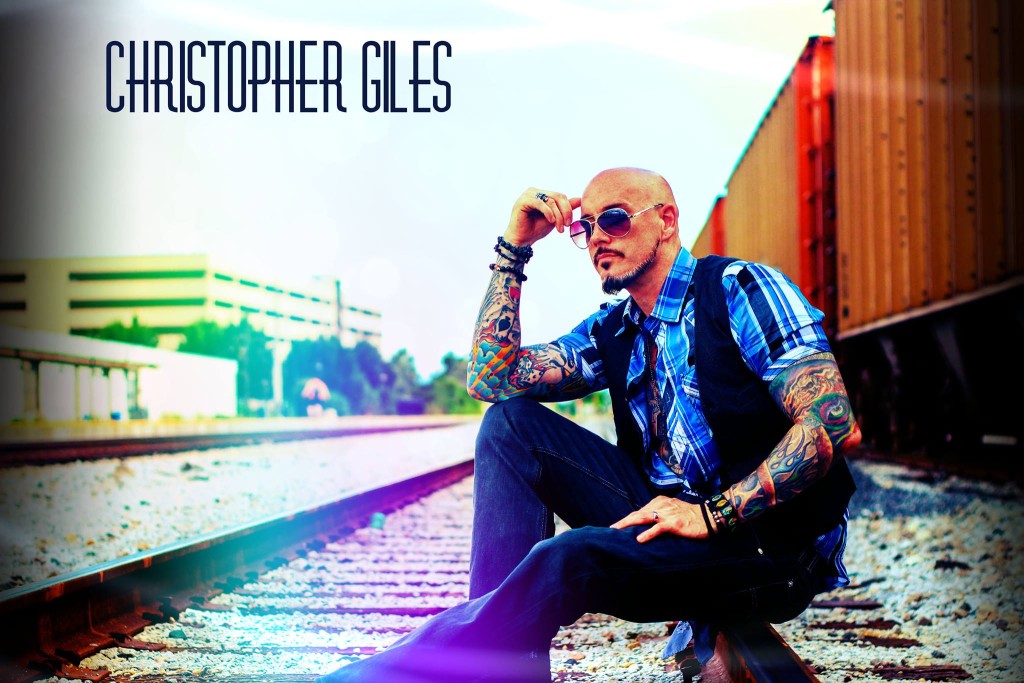 Chris Giles has been performing live music for many years, as well as working with various producers such as Josh Cobb/Rockbot Studio’s who has produced such artists as “All Things New” and “Say Never,” as well as Rusty Wilmot who has a #1 Billboard produced album in 2012 with “Blood on The Dance Floor” to his credit. Chris’s on-stage presence is an extension and reflection of his heart-felt connection with music and his desire to perform at a level that will make the crowd feel like they are part of the show. His experience as the lead singer of a cover band has provided him the opportunity to play some incredible venues, and has played a role in allowing him to stretch his vocal ability by challenging his voice to emulate such artists as Bon Jovi, Maroon 5 and Kings of Leon. The Spectra recording artist’s new release, “Let Me Know” is a groundbreaking effort. The CD gets underway with I Wanna, and he expects a lot in return as the lyrics indicate. This is a slice of pop perfection to say the least. But the songs continue to outdo each other as it goes, with Wherever You Go, taking on a more subtle direction at first but it picks up and takes off after the set-up, which is a vocal refrain which goes from soft to energetic bursts of melodic beauty. Track 3 is the title track, Let Me Know, and it’s definitely the biggest number, encompassing everything Giles seems to be about. This is a truly amazing song with a lot of heart and soul, backed by a modern arrangement that keeps it grounded around the flying vocal performance. Back To You is equally compelling to the former track, almost sounding like its counterpart. This is where there is no mistaking the songwriting quality. This just soars along so nicely, no jagged edges, all finesse. Track 5, Lights In Stereo, is probably the most interesting and eclectic track on offer, with talk of everything from Bonnie and Clyde to hitting the jackpot. This is as good as the CD gets right here in every way. It’s hard to balk at everything this has going for it, as it’s simply likeable on every level. Gotta Live Today is a step in the same direction, and finds the CD’s consistency factor delivering. I like this as much as anything else on the disc, it’s catchy and melodic with a great fresh vocal chorus. The same goes for most of these tracks, they all serve to complement each other. The final number, Start It Over, is worth noting as one of the best on offer as well. It rounds out the release with must replay vibe, which fits the title itself. Most of the songs play off each other well but like most albums they start off energetic and wind their way down. That happens on “Let Me Know,” but this last track has a great way taking it back to square one. Well done, a very melodic yet spiritually powerful pop release.

Previous LA Davis
Next Can’t Get Enough by Arika Kane™