If you ratchet and you know it, clap your ass!

For the video for his current single “Ratchet,”  BORGORE spoofs a galactic council of super intelligent aliens who have come to Earth to determine whether or not to exterminate the human race. As the massive mothership casts a shadow over the planet, the alien council analyzes video of the best and brightest humans that Earth has to offer but their advanced technology malfunctions.

Suddenly, the room is flooded with images of the most “ratchet” humans imaginable–twerking girls, insane/colorful weaves, girl fights, muffin-topped shoppers and painted on eyebrows. It’s utter madness to the highest  degree imaginable, and what happens next is captured in the most comedic way, BORGORE style.

Stephen Vicino is the founder of MusicExistence.com. He created this site to give talented musicians a voice and a way to be discovered.
@@svicino
Previous THE HUDSON PROJECT To Offer Refunds To All Ticketholders
Next Worldwide Groove Corp – One New Release A Month 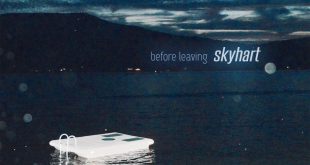