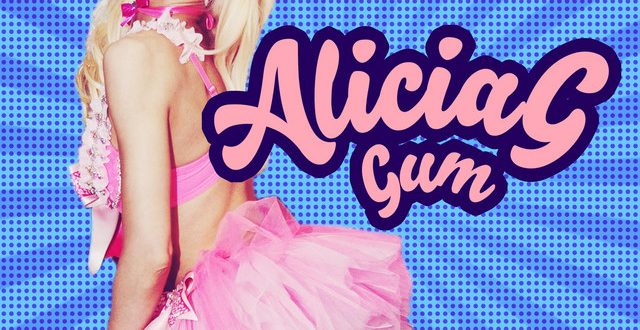 Alicia G has a lot of buzz backing her as she enters the autumnal season of 2022, and if you’re on top of the American pop underground circuit as much as I am, you know that isn’t exactly the case for a lot of her closest competition in either country this year. In Alicia G’s new single “Gum” and its racy music video, we’re not experiencing the typical fluff or filler from the instrumentation as a talented singer spits half-rapped lyrics about the millennial mundane. We aren’t sitting through pseudo-conceptualisms that don’t belong anywhere near a pop song, nor fake hybridity of any sort – this is a singer who is propelled into the spotlight by passion, and it’s making hers one of the more cathartic sounds of the year in “Gum.”

When even the synthetic components in a song feel organic and textured, you know you’re listening to something of a particularly high quality, and that’s exactly the case with this song. There’s a boundlessness to the way the synth, bass, and percussion all sort of run together like wet paints on a canvas, alluding to a lack of control that Alicia G fosters through her lyricism and never the execution of her performance, and for me, it makes it clear just how real a story she’s telling in this single.

The music video for “Gum” is a piece that feels in love with its indulgence compared to what I probably would have wanted to do had I been in the producer’s chair, but at the same time, I suppose I can understand what the objective was. Cutting away the ironies from a visual piece is imperative when constructing something intimate and provocative lyrically – whether it’s a ballad or even a ripping rock song – and while she goes further than some others might have, Alicia G’s liberal take on the imagery here is a little telling of her immense depth as a star more than as a songwriter specifically.

Those who have grown absolutely and utterly sick of muted, chamber-style indie pop would be wise to hear what Alicia G is serenading the world with in her new single and music video “Gum” this October, and I would be frankly surprised if I were the only critic commenting on its melodically virtuosic appeal. Whether you are a big fan of radio pop or not, this is a strain of beats that anyone with a taste for the intense can respect.