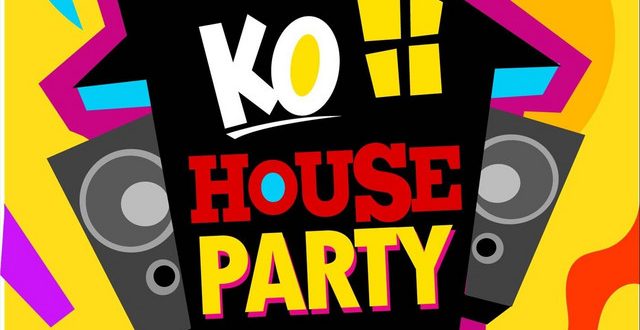 Versatility starts outside of the studio, and KO is an artist who definitely knows this. Beyond music, he’s got quite the full plate as a barber, contractor, producer, and entrepreneur, with each role undeniably influencing the way he comes into the studio and gets behind the mic in a song like “House Party.” As its title would suggest, “House Party” is about cutting loose and enjoying the decadences you have right at home, and to me, it feels like an extension of who its creator is as a musician, a man, and someone who loves the satisfaction of a hard day’s work.

The R&B structure of this composition gives the instrumentation a very lush feel from the get-go, but it never allows for the background melodies to get strong enough to overpower what my man is doing at the microphone. KO isn’t about to be upstaged by his own arrangement, but what’s more is that he isn’t even designing this single to give him as easy access to the audience as possible. On the contrary, there are a couple of hurdles for him to get over and, inevitably, utilize as a means of impressing the unaware with his vast talent as a singer.

These harmonies are some of the stealthiest I’ve heard in a pop track this late winter, and they’re perhaps as far away from the old school throwbacks I’ve been hearing more and more of out of the underground element in the past three years. While some of his peers are cool with bringing some of the retro-funk componentry out of the attic and into a modern mix, KO wants the opposite here – traditional concepts with all-new vibes, which ironically puts his songwriting philosophy more on par with the legends of this genre than it does anyone else in its long history.

KO’s music video for “House Party” is meant to be the visual embodiment of his lyrics, and I think he did a great job keeping the entire venture simple to digest while still avoiding the barebones look so many are overexploiting in 2022. I’ve got nothing against the black and white minimalism a lot of rappers and R&B singers have used in certain circumstances lately, but when you’ve got the kind of linguistic skills that this player is working with, you’ve got to find the sort of middle ground he so artfully does in this release.

“House Party” is intoxicatingly smooth and straight-up with its listeners, and personally I think it could be the first legit celebration anthem we’ve heard since the start of the year worthy of a couple of extra spins. KO is a maestro of the mightiest of melodies here, but he sticks with something soft and gentle over anything demonstratively virtuosic – even though he has the option to do as much on a few different occasions in “House Party.” He knows how and when to be humble, which is not true of everyone who happens to be blowing up in the underground R&B community right now.