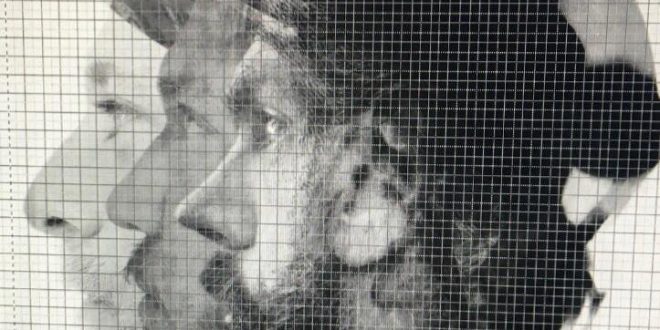 Although strangely sourced from a Stooges-esque breed of garage rock that conflicts heartily with the more down-tuned elements of the track, there’s something about the way the percussion bleeds into the melodic componentry of Antagonista’s “Indigenous Geometry” that absolutely spellbinds me every time I hear the song or watch its highly surreal music video. Here, the limitations of drums are non-existent to the harmonies that they’re made to frame, with Antagonista embodying an experimental attitude that is starting to become the face of a new generation of rock musicians who could care less about the aesthetical politics to have come before them.

The brittle lead vocal at the forefront of this mix complements the avant-gardism of the lyrical tone exquisitely well, but this isn’t the only pairing that makes terrific sense in “Indigenous Geometry.” If anything, there’s even more to be said about the way the bassline essentially forms the rhythm of the music, pushing back at the drums with a druggy erraticism that is both crude and compelling at the same time. This is vintage New York DIY reborn as something (somehow) more refined than it was ever supposed to be and, simply put, far more an alternative to the mainstream than most content wearing the branding ever would be.

Antagonista’s production concept for this single and its video is raw and relentless, again exhibiting a love of the dirtiest forms of punk rock artistry that can be melded together to make something melodic and poetically expressive. Juxtaposition is always the most important theme for us to be following in this performance, which is ironic given how the cohesiveness of the arrangement fosters a feeling of singularity within the lyrical protagonist presented to the audience here. Contrast is traditionally where good indie rock always begins, and to some degree, this single is around to prove as much to us.

Charisma through minimalism isn’t a new idea in 2022, but it hasn’t looked quite as appealing to a discriminating critic like myself as it does in this new offering from Antagonista. “Indigenous Geometry” has all the quirks of an old-fashioned alternative rock effort, but with a distinctly modern touch to its zany fine melodic points. It’s not going to be everyone’s cup of tea, but it was never meant to be – for those who desire something more than a little higher than the status quo in sonic art calls for, this was made for you.