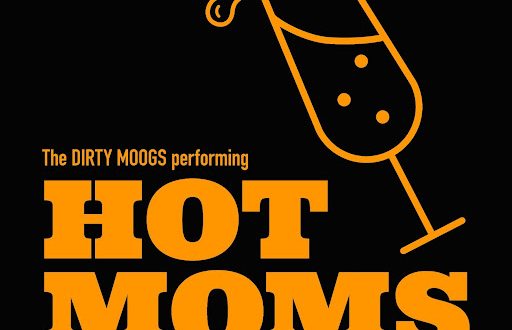 A little relaxed at the onset of the track, the rhythm behind the synths in The Dirty Moogs’ new single “Hot Moms” inevitably becomes the most intriguing element comprising its existence – though not without some pushback from the melodic elements in the mix. Although there’s an argument to be made that The Dirty Moogs were going for an avant-garde concept with this release, “Hot Moms” is shockingly smooth and not quite as odd as its Adult Swim-style lyricism would initially suggest it should be. This is definitely an alternative to the mainstream, but one musicians and music enthusiasts the same should appreciate gleefully.

There’s a very industrious feel to the backend of this track, but it doesn’t result in the melodies, nor anything else, sounding overly cold or removed from emotionality. Truth be told, the Ween-influenced guitar solo brings too much passion to the surface, in front of a sonic minefield no less, that to deny the presence of emotion here would be to admit having not listened to the song at all. The Dirty Moogs are admittedly unconventional, but they’re not without some influence from the pop model as most of us have come to know it.

The lyrics here are quite witty, though it’s worth noting that they stop short of turning the entire narrative into a joke. The music video supports this with its neo-surreal visual scheme, which, as fate would have it, reflects much of the lack of aesthetical depth so many of this projects’ contemporaries are working with right now. Jared Hallock is dishing out some sage wisdom on how to be a brilliant creator without glomming onto whatever underground trend is catching people’s fancy right now, and one can only hope that some of his less than erudite peers are taking notes.

This master mix favors the textural componentry of the instrumentation a little more than it does the vocal, but I can understand why. There’s a lot to get out of the instrumental half of “Hot Moms,” mainly given the sheer muscularity of the groove, and what Hallock is doing with it in this arrangement. You can’t beat a steady hand like his at the controls, and when analyzing what the status quo for indie players has been throughout the pandemic, this by far sounds like one of the more controlled and disciplined artists you’re going to come across on either side of the dial.

If you didn’t know about The Dirty Moogs before, now is the time to get hip to their sound. “Hot Moms” flirts with an experimentalism that it’s okay to get excited about, and perhaps more importantly it spotlights the relationship between surreal pop and industrial songcraft as it should be cultivated (as opposed to how others would simply exploit the implied aesthetical connections between the two styles). It’s been said before by others, but I too think Hallock isn’t getting the credit he deserves for his versatility in and outside of the studio – but, with “Hot Moms,” that could very well change. 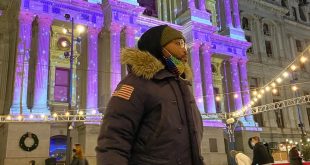 Adding to his already impressive catalog of Country singles, Larry Jay releases “What Do I …