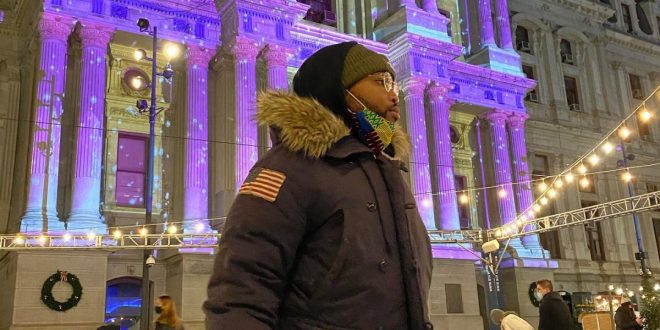 Sometimes slowing down can make a bigger statement than going as hard as you can at a hook, and this is undeniably true of the new single “On Fire Tonight” by JidScan. Featuring Ty Jack in a memorable guest role, “On Fire Tonight” benefits from its easy-going rhythm, led of course by the lyrical flames JidScan lights up the second he steps up to the microphone here. He isn’t hurrying to show us everything he can do in this track but instead extending the pleasure of listening to some of the best beats of the winter season so far.

“On Fire Tonight” has one heck of a crushing bassline, but surprisingly enough it doesn’t impose any unwanted physicality on the lead vocal at all. Contrarily, JidScan is so lean with his lyrical delivery that there’s rarely an instance in which it feels like he isn’t setting the pace for the other melodic instrumentation here, bass parts included. He’s got a commanding personality, and it’s being put to work rather epically in this performance – though not to the extent of making his voice sound overexploited. This artist thinks about parameters, and instead of breaking them for sport, learns how to use them to his advantage.

I love the low-fidelity melodic accents on the backend of this mix, and though they’re rather minimal next to the percussive force framing the verses, they’ve got enough of a presence in “On Fire Tonight” to get some credit for the chills-factor this song is rocking full blast. Ty Jack’s vocal meshes well with the backdrop, and to some degree, I think there’s a case to be made that this is the only voice complementary to JidScan’s style for what he was trying to accomplish with the release of this single.

Producers didn’t overlook a single detail when hammering out “On Fire Tonight,” and I really appreciate how much effort was clearly put into giving the foundation of the groove as much of the spotlight as any of the lyrics get. JidScan strikes me as the kind of performer who isn’t about to leave small intricacies to chance just in the name of getting something out to the listeners on time, and to this end, I think we can expect nothing but solid action coming out of his camp for the foreseeable future. This is a good standard, and I hope to hear him exceed it with his next release.

“On Fire Tonight” features a beautiful meld of trap and R&B aesthetics inside of a hip-hop single that could get just about anyone into the energy of 2022, and if you haven’t listened to it yet, I recommend checking out the video made in support of its release the next time you’re browsing for new music. For JidScan and Ty Jack, this might be par for the course, but relative to what their peers have been producing in both the mainstream and the growing international pop underground, this is a gem that audiences should be prepared to treasure.