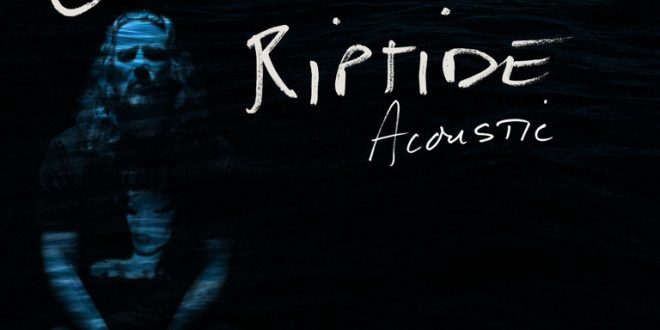 There aren’t many to have called the Seattle scene home who have as iconic a reputation as Candlebox does, and in their new acoustic single “Riptide,” we’re reminded why the band – and their grungy legacy – are aging as well as they have. Once again led by a striking vocal that navigates a murky melodicism, this time presented via an acoustic guitar, Candlebox doesn’t exactly open anything new up in “Riptide,” but instead reiterate their most endearing quality as an act centered on harmonies all shapes and sizes the same. This is a fantastic, brooding show of strength, and a solid listen for acoustic rock fans everything this winter.

The guitar tones here really bring out the color in the lead vocal, and I love that it never sounds like the verses nor the strings are competing for their fair share of the spotlight. Contrarily, this mix is giving us the perfect meld of both, suggesting that, while the verses stand on their own with something to say just fine, they benefit from the presence of this instrumentation exponentially. The story Candlebox is telling here would be only half-complete without this integrated arrangement, by far one of the finest-tuned of any ballad I’ve listened to lately.

These harmonies transcend the lyrical depth significantly as if to clarify the narrative more and more as we push towards the latter half of the track. This doesn’t result in a drop-off in charisma closer to the end of “Riptide,” though, but instead nudges the chills factor we were already experiencing in the opening bars of the song closer to a proper climax. You’re half expecting the band to break out into a “Far Behind”-style eruption of distortion at a couple of junctures here, but even when they don’t, we’re still left with a surreally satisfying transition into pure catharsis.

“Riptide” is a terrific addition to Candlebox’s tried and true discography, and I think it’s as important a rock release as any other I’ve listened to in 2022 so far. While there’s certainly a lot of talk about the Seattle scene losing its mainstream appeal in the past five years, this is ultimately starting to look like a good thing for the city’s vibrant underground culture, especially through the lens of a classic band like this one. I like what this single says about its point of origin, and what it might do for Candlebox this year as well.