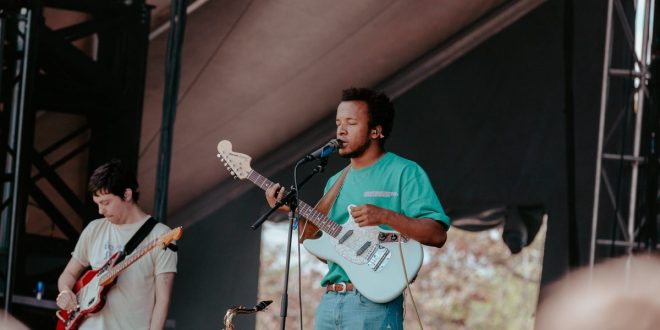 Cautious recently made his live return at this summer’s Lollapalooza, and will play this year’s Bonnaroo and Austin City Limits before embarking on the Karma & Friends Tour of North America and Europe in 2022. Dates include New York, Los Angeles, London, Paris, Barcelona and more.

Cautious appears in the second season of the critically acclaimed Forest Whitaker drama “Godfather of Harlem,” currently airing on Epix. Reprising his role as the leader of the Geechee Band from the first season, he features throughout the season.

Since the release of his breakout debut single “Cold War” three years ago, 28-year-old Cautious Clay has been on a whirlwind ride. He’s released three EPs—Table of Context, RESONANCE, and debut Blood Type—that have earned critical praise from The New York Times, The New Yorker, NPR, TIME, Complex and many more. His songs have soundtracked key scenes in films like Olivia Wilde’s Booksmart and TV shows like Issa Rae’s “Insecure” and Selena Gomez’s “13 Reasons Why.” He was enlisted personally by FINNEAS for a remix of Billie Eilish’s breakout “Ocean Eyes,” his music has been sampled by Taylor Swift (Lover), and he’s written songs with John Legend and John Mayer. His recent single “Cheesin’” saw him link up with a who’s-who of next generation talent—Claud, Remi Wolf, Still Woozy, Sophie Meiers, Melanie Faye and HXNS—to raise money for the COVID-19 Relief Fund. Originally from Cleveland, Ohio, Cautious Clay currently resides in Brooklyn, New York.