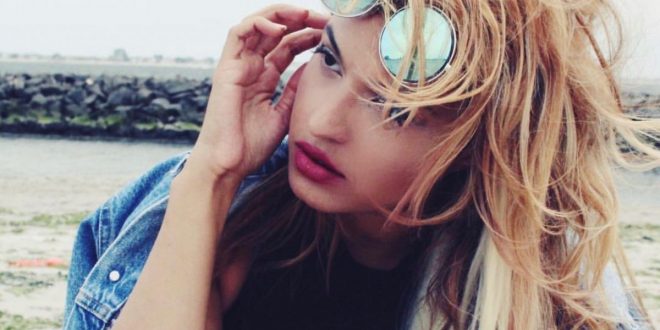 Amanda Holley has been running around the American underground for a while now, and if you’ve heard any of her work before – such as “Thunder Knows Your Name,” “Whisper,” or “My World Revolves Around You” – you know that she’s not into shortchanging her audience when it comes to melodic luster. On this front, her new single and music video “Run Away” is on par with what longtime supporters have come to expect out of her discography, though I might argue that it’s a bit more instrumentally savvy than anyone could have anticipated. It’s a new era in pop, and from what I can tell here, Ms. Holley plans on being a major player in its future.

This is a defiant, sexy rhythm that the vocal spends a good chunk of time molding into an eroticized groove, and I don’t think it would be nearly as enrapturing if we had a different singer with the mic in their hands here. Holley’s got such a particular approach to the verses in “Run Away,” and really all of her music to date, and to some degree her command of the hook is what makes every part of the tempo so appealing, no matter how loud the harmonies are.

Holley has been impressing me for years, and her latest release highlights many of the reasons why I think she’s grown her fan base so significantly in the past five years. Her last EP was a creative quantum leap, and “Run Away” builds upon its predecessors’ stylistic legacies by taking her sound and retooling it for a definitively postmodern pop taste, as is contemporarily popular in 2021. She’s ready for the next chapter in this story to get started, and for all intents and purposes, she’s having a strong hand in writing it herself in this all-new single.