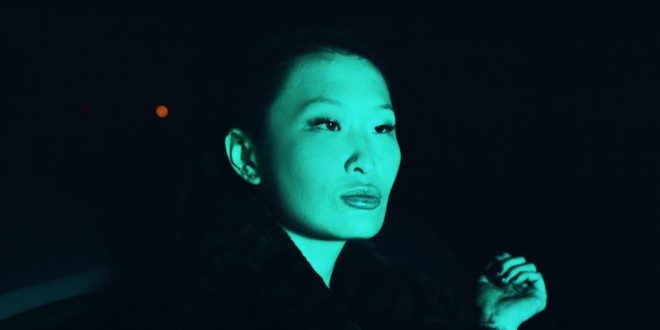 Nolo Grace is fresh on the scene this year, and in her debut single “Wake Up (ft. Sean Kingston),” she makes it pretty obvious to anyone listening that fitting in with the status quo in contemporary pop music is not something she’s even slightly interested in doing. While her verses have a lot of R&B elements to their structure, her delivery is pure neo-soul with a splash of club-friendly pop charm thrown in for good measure, and while she’s partnered up with one of the most compelling voices around in Kingston, at no point in “Wake Up” does she feel like the featured artist beside him.

Grace’s connection with the groove here is essential to our appreciating her skillset as a singer, and it definitely adds to the fluidity of the song in general. She’s channeling so much of the restless energy pushing the percussion through the speakers just in the way she’s issuing these lyrics to us, and although this was my first time listening to her music, it was evident from the moment I sat down with “Wake Up” that she didn’t pick the wrong medium to get into. With this voice and her musical intuition, she’s going to go places quickly.

Despite her status as a rookie recording artist, Nolo Grace holds her own next to Sean Kingston excellently, and even sounds rather sophisticated in his company. Kington has been one of my favorite melodic vocalists in progressive R&B and melodic hip-hop for years now, and to keep up with him in the studio takes a lot of charm and natural ability that can’t be taught in a school, no matter how eager the student might be. He and Grace own the microphones here and sound like they’re coming into the verses with an equal amount of experience under their belts.

If this is just the beginning for Nolo Grace, I cannot wait to hear whatever is going to be coming out of her camp next. Her voice contains a fragility that I have not heard in any other pop singers making their debut this year, and in this track opposite Sean Kingston, she puts such a unique stamp on the groove that I’m already itching to score a demo from her next recording session even if it’s unmixed and completely raw. The possibilities are endless for someone as versatile as she is, and my gut tells me that Grace is going to do her best to explore all of them.