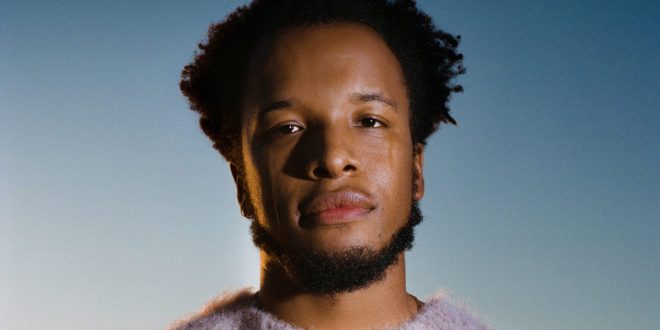 Singer, songwriter, producer and multi-instrumentalist Cautious Clay unveiled a new song, “Wildfire” today—listen below. The track is taken from his long-awaited debut album Deadpan Love, set for release June 25 via The Orchard.

“‘Wildfire’ explores the fact that people’s intentions sometimes get lost in translation,” says Cautious. “Good intention is not always enough to prevent people’s emotions and insecurities from spiraling. Subtle signals or cues can unintentionally ignite emotions—like a brush fire.”

Deadpan Love, which includes previously released singles “Karma & Friends,” “Roots,” “Dying In The Subtlety,” and “Agreeable,” wraps influences from R&B, hip hop and indie pop in Cautious’ trademark sophisticated songwriting and jazz- and blues-inflected instrumentation. The album finds Cautious collaborating with a host of notable co-writers, plus a collaboration with Chicago rapper Saba.

“Deadpan Love explores the ways I cope with the worst of what humanity has to offer,” says Cautious. “It’s about opposites—having an outer layer that’s tougher, this ‘deadpan’ state, and an inner layer of compassion, where you’re open to being there for the people you care about. It’s this warring compassion and cynicism that has empowered me to express myself through this medium.”

Cautious Clay is currently in production on the second season of the critically acclaimed Forest Whitaker drama “Godfather of Harlem.” Reprising his role as the leader of the Geechee Band from the first season, he will appear throughout the season and is working on original music for the show.

Since the release of his breakout debut single “Cold War” three years ago, 28-year-old Cautious Clay has been on a whirlwind ride. He’s released three EPs—Table of Context, RESONANCE, and debut Blood Type—that have earned critical praise from The New York Times, The New Yorker, NPR, TIME, Complex and many more. His songs have soundtracked key scenes in films like Olivia Wilde’s Booksmart and TV shows like Issa Rae’s “Insecure” and Selena Gomez’s “13 Reasons Why.” He was enlisted personally by FINNEAS for a remix of Billie Eilish’s breakout “Ocean Eyes,” his music has been sampled by Taylor Swift (Lover), and he’s written songs with John Legend and John Mayer. His recent single “Cheesin’” saw him link up with a who’s-who of next generation talent—Claud, Remi Wolf, Still Woozy, Sophie Meiers, Melanie Faye and HXNS—to raise money for the COVID-19 Relief Fund. Originally from Cleveland, Ohio, Cautious Clay currently resides in Brooklyn, New York.