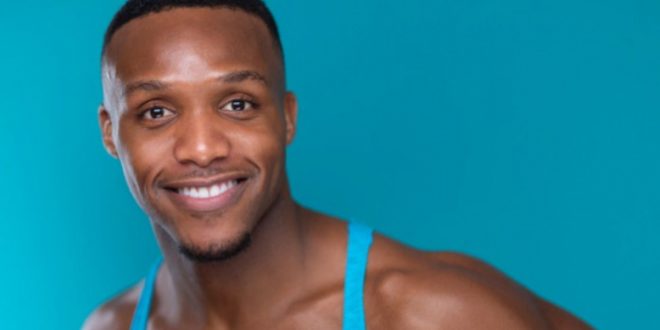 Valton Jackson is a singer, actor, and model from Columbus, Georgia. In 2009, Jackson’s move to New York City would increase his proficiency and presence in these areas. He would spend two years as a cruise ship singer and continue along the theater festival circuit, most notably, a stint at MITU as both a performer and writer. Soon, Jackson’s musical venture would be rooted in his moonlighting at various clubs, and eventually, recording and releasing his own material, starting with 2015’s Can’t Get Next 2 U.

Currently, Jackson continues to mark this year strong with the remix EP of his single, “Shirtless.” The EP’s opening track, “Intro (This Fantasy),” plays much like the pacing of a dream, from its initial setting of wonder to a mishmash of fragmented scenarios, much like a preview of which stylistic elements are to be displayed. Transitioning into its original form, the title track features punchy pop percussion that complements the bold colors of the EP’s cover art. At first, the song sounds clearly modern, but as it progresses, the arrangement slowly reveals an 80s-esque nuance about it that’s surprisingly refreshing. Jackson’s vocal style works competently by the same token, emitting hooky melodies and a personable thematic angle centering on the chemistry between two people within a fling.

Building off that foundation is three remixes of the song. The first, “F D TrapD Funhouse Mix,” emphasizes greater degrees of bass, while its percussion is kept light. A subtle element comes in the form of the sampled background vocals fitting in conjunction with the synth melody, which provides the song a subtle expansion of perspective that highlights the possibility of the fling being orchestrated by hidden ulterior motives. However, the penultimate tracks, “F D RockD Hard Remix” and “F D Homosexuality Remix,” each sporting fun and especially engaging melodies that somehow round out the EP’s remainder as a contemporary answer to late 90s and early 2000s-era pop.

Overall, the Shirtless (Remixes) EP is a small, but groove-filled collection of unique interpretations for this single. With each instance of his output, Jackson is not afraid of expressing his full self, and utilizes the tones of both song and art to channel his strength in the awareness of who he authentically is. A possible full length could work as a follow-up, as well as extended perspectives on what he has gleaned through the journeys within various types of relationships.

I come from a family who is passionate about all things music. I learned to sing at an early age, and by 13, had my very own Fender Strat guitar. I tried my hardest at learning all that I could. Because I was born with cerebral palsy, I had to teach myself an adaptive playing style. I learned to write and record my own music, despite these difficulties. In college, I started making great use of my writing abilities by reviewing music, as well as copy editing. I guess it's best to stick with what you know, while welcoming a fair challenge at the same time.
Previous Single Review: Ugotaya “No Dey Lie”
Next Cautious Clay debuts new single “Wildfire” from upcoming album Deadpan Love