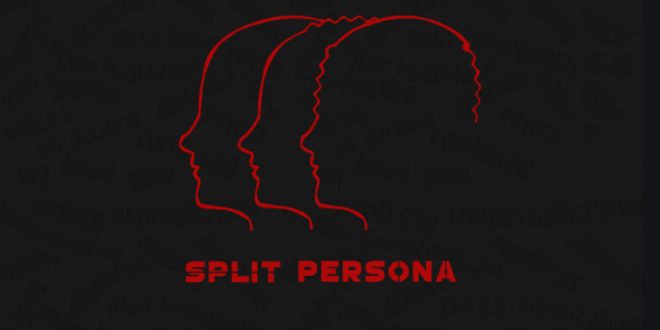 For a debut, the self-titled Split Persona EP shows remarkable growth and variety. Split Persona rattles together a solid backbeat with contemplative lyrics and a rapturing rock sound. With curdling roars and even some youthful vocals, the five tracks on Split Persona offer indie rock fans a new reason to raise their sweaty fists or tighten their hearts on their sleeves. Split Persona is a finely tuned machine of ruckus, awe and wonderment.

If these songs are a roadmap to further knowing this Reno, Nevada-based band, then the mile markers might be crushing-reverb heavy tones and the click-click-click of the drumsticks. Something about these songs, including the opener “Stay Away” wander between punk, rock and pop. If you’re a fan of The Foo Fighters and something along the lines of Fuel, and sprinkle in some quirky guitar arrangements, you’re getting a clearer picture. “Stay Away” is a great first song because it has amped up guitar riffs, but it also showcases the nuances of lead singer Zander Hoschak. The guitarist and front man (and songwriter) is unequivocally cool in his stance; like Queens of the Stone Age’s Josh Homme going from crooner to misfit in moments. Still, in “All Us Three” he tears through any semblances of pop with his powerful voice. Got it all figured it out, just need you now, he sings. Figured out indeed – the overall sheen to “All Us Three” is chiseled between iron and glory. The band’s rawness is its strength, with ringlets of polished rhythms and thought-provoking lyrics further distinguishing its talents.

In “Melted Clocks” the mood gets more mellow, more subdued. What an escape. It’s a far journey from “All Us Three” but it also brings to mind a more imaginative reaction. As a listener, the drum kicks and the sticks stand out, like the clock’s second-hand. One lyrical line that stood out, meeting your fears, felt like this song is a statement on trying to outrun one’s destiny. Trying to change your state-of-mind or start anew. Hoschak can sound mature and blazing, but he also comes across modest and almost shy-like. The depth in his vocals is interesting, as is the backing current flowing beneath. Adding to the mix and further elevating the sound are Darren Menning (bass, backing vocals, Brogan Kelley (lead guitar, backing vocals) and Mike Patterson (drums).

The final two tracks, “Keep It” and the trippy “Strawberries” continue to elicit deeper grooves, interesting guitar and bass twists and lots of fills. Both of these songs have solid bass lines and generous guitar. I think “Keep It” has a lot of potential to be a live show favorite; I can imagine the sweat equity that went into it and I think of all the tracks, “Keep It” translates live the best. That’s not to say the other four, including the catchy (and peculiar) “Strawberries” are not live worthy. Far from it. They are all capable of being stellar playlist hits, as well as encore choice. Split Persona is not a split decision – the five tracks on this debut effort bring exhilarating energies and lofty, mesmerizing arrangements. Forgive me for keeping this short, I’m about to listen to it for the 10th time.