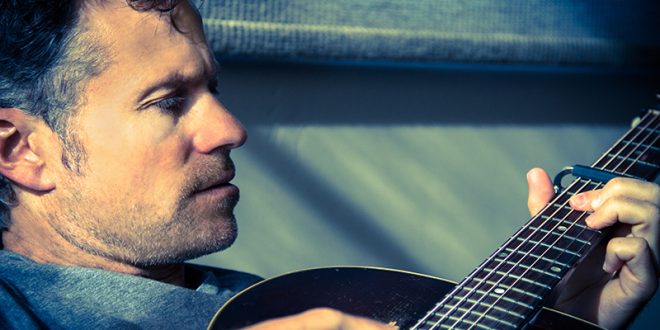 Built on the back of searing guitars and not-so-subtle pop harmonies that could reach right through your speakers and get you swinging even without much assistance from the beat, there’s no denying that Alex Woodard’s new single, “Halfway,” is an addictive melodic rock track. To be fair, it’s designed to include a lot of the trappings most of us have come to appreciate about vintage pop/rock, but with a major twist; it has the evenhanded charm of a folk song. This is no ordinary hybrid, but one that doesn’t ask anything out of its audience other than for a few minutes with which to blow our minds.

In grainy but ultimately colorful animation, the story within the lyrics of “Halfway” comes alive in real-time, exposing us to a softer side of Alex Woodard than he’s been willing to surrender in past offerings. He seems completely unburdened by the challenge of putting everything out on the line for us with his words here – truth be told, it’s his voice that often feels like the most cathartic element of the track and its video. This release seems to be about asserting his artistic freedom as much as it is unfurling a poetic tale, and it’s definitely a welcome listen to discriminating fans of indie rock at any rate.

Alex Woodard has been around for more than twenty years now, and though he’s undeniably as fiercely independent of the mainstream as they come, his adherence to puritan compositional values is on full display for all of the world to see and experience in “Halfway.” This is a man completely devoted to the medium and what it means to give that medium as wholesome an artistic touch as one can muster in modern circumstances, and he couldn’t have done much better than he did with this latest release.