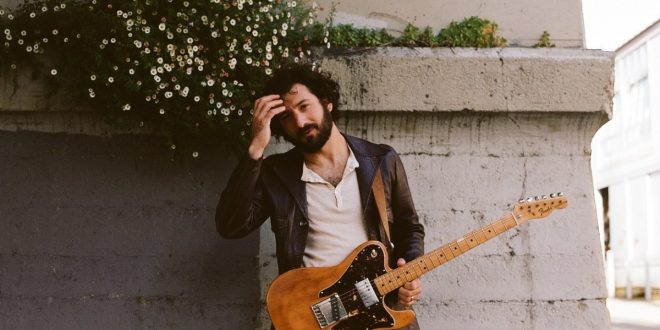 When asked about the song Silverman explains, “Reno Nights ended up being my favorite song on Rookie. It felt good to be able to write about characters rather than myself and find parts of myself in those characters. We wanted the song to have a ‘walk on the wild side’ feel. The lyrics for the chorus came out pretty quickly when writing the song, it felt like no one had asked those questions before, so I guess I wanted to put them in the song. I think especially now where people feel more isolated, more distant the song ends up resonating even more.”

Due to the Covid-19 Pandemic and restrictions Silverman enlisted the help of his friend and actor/director Dan Pfau to find a creative way to shoot the video. “The video concept was Dan’s idea. I own these two Muppets and we’ve always wanted to do something with them. He took them around the Echo Park area of Los Angeles and filmed this long-lost love story.”

“Listening to Rookie for the first time brings a sense of nostalgia, a discovery of new sounds, and an excitement for Silverman’s future” – Music Trails

Silverman originally made a name for himself as the driving force and bandleader in San Francisco’s darling pop-rock band, HEARTWATCH. With his solo project he is branching out for a return to deeper songwriting and a chance to write music that really speaks to people at this troubling time in our world.

The songs on Rookie journey through melodic navigations and establish Silverman’s voice as an artist, with robust arrangements, sardonic lyrics, and experimental production techniques. “Lyrically, I’m really influenced by Lou Reed and Jeff Tweedy. A lot of the process was finding my voice and figuring out who I am as a songwriter. The feeling was really present while I was writing ‘Rookie’. I was willing to take chances but wanting to prove myself a bit. It was about being older and looking back on where you’ve come from.”

Stephen Vicino is the founder of MusicExistence.com. He created this site to give talented musicians a voice and a way to be discovered.
@@svicino
Previous ROYAL HORSES Release Debut LP, ‘A Modern Man’s Way to Improve’
Next Single Review: John Vento “Highwire”