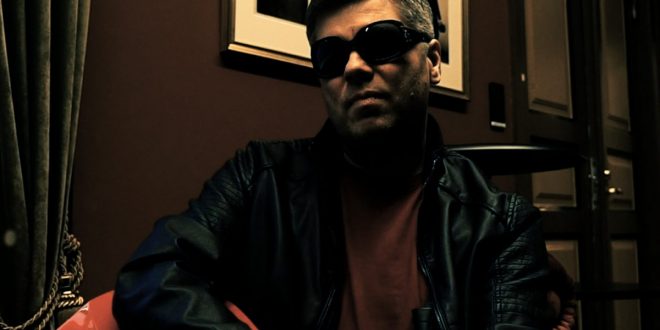 “Never love anyone who treats you like you’re ordinary.” – Oscar Wilde

Having previously been signed to Sony/BMG with Carmen Gray, one of Finland’s finest rock bands, Tom Tikka has formed The Impersonators, a two-man project born out of their ashes and designed to cut out the politics and strife which come from the rock & roll carnival of band life. Resolutely studio-based, The Impersonators channel the bejeweled power-pop of The Go-Betweens and the immediacy/worldliness of early R.E.M. to deliver timeless alt-pop melodies.

The duo is releasing their new single and video for “Cloud Nine.” Tikka explains the song’s origin:

“(It) started taking shape after a therapy session, during which I was made to reflect on what my role has been in pretty much each and every one of my relationships. Although it was hard to admit at first, I soon came to realize that I’ve always been the so called “designated driver,” the one who abstains from getting what he wants so those around him can be content.”

He continues, “Unaware of my soul search, Antti sent me a beautiful poem about a couple growing old together. I remember reading it and laughing out loud, thinking I wouldn’t be able to write anything in that vein…and yet, the lyrics for the chorus were missing! A few days went by before I returned to the poem but as soon as I did, it hit me. Whether right or wrong, why not just write about what comes most naturally to me: trying to assure the happiness of the people I love. Before I knew it I had the words of the chorus figured out.”

Watch the video for “Cloud Nine,” which Tom Tikka describes as the “hardest video to make so far:” https://youtu.be/-BeqiG0apzQ

ABOUT THE IMPERSONATORS: Comprising Tom Tikka and lyricist Antti Autio, The Impersonators are just that: a duo which masquerades as a full band and does everything it can to defy convention – whether that being their insistence on avoiding touring or their songs, which home in on the warts-and-all gnarliness of love and real life. In fact, if one were to find a common theme that runs through the group’s entire catalog, it would probably be how life very seldom resembles or turns out like Disney fantasies.

Despite their poignant lyrics, The Impersonators are still a joyous and sweet proposition, with their vocal harmonies and chiming chords harking back to such 60s pop majesties as The Beatles, The Byrds and The Beach Boys. Together with their secret weapon, producer Janne Saksa, The Impersonators craft their lyrics and melodies into retro-flavoured “alternative pop/rock”. While adding a modern twist to the final soundscape, their goal is to nurture and cultivate the creativity, spirit, and warmth that graced the pop records of yesteryears.