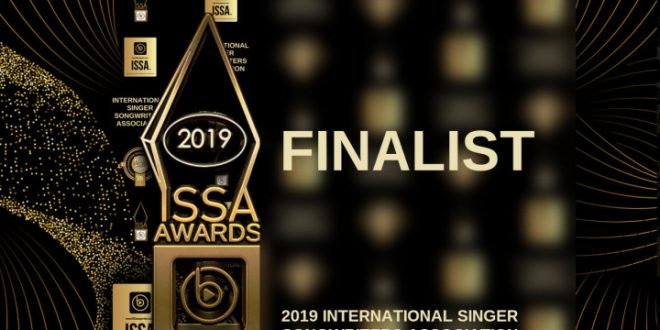 I’m so honored to work with all of these fantastic artists, and they really deserve the recognition from their peers and the fans.”— Michael Stover, President, MTS Management Group

The International Singer Songwriters Association was founded by Tamanie Dove, a singer songwriter from Nashville, now residing in Atlanta who is dedicated to supporting and serving independent artists, and encouraging aspiring and professional singers and songwriters in all genres of music worldwide. For more information, please visit https://issasongwriters.com/.

“Thank you to everyone who voted for us this year,” said Stover. “I’m so honored to work with all of these fantastic artists, and they really deserve the recognition from their peers and the fans. Congrats to everyone, and we look forward to seeing everyone in Atlanta this August!”

ABOUT MTS MANAGEMENT GROUP: Founded in 2010 by Award-winning songwriter, musician and producer, Michael Stover. A music industry veteran of over 30 years, Michael is a graduate of the Art Institute of Pittsburgh, with a degree specializing in the Music and Video business. Michael has used that education to gain a wealth of experience within the industry: from retail music manager and DJ, to two-time Billboard Magazine Contest winning songwriter, performer and chart-topping producer, and finally, award-winning artist manager, publicist, promoter and label president. In just 9 years, MTS Records has released 34 Top 40 New Music Weekly country chart singles, including TWELVE #1s and 8 Top 85 Music Row chart singles. MTS has also promoted 18 Top 25 itunes chart singles, including 7 Top 5s and a 4 #1s! Michael has written columns featured in Hypebot, Music Think Tank, and Fair Play Country Music, among others. For more information, please visit http://www.mtsmanagementgroup.com.