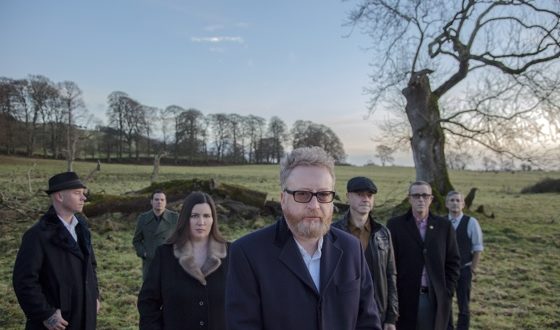 Quintessential Irish-American Celtic punk rock band FLOGGING MOLLY will be hitting the road this coming Spring in support of their politically and socially charged recent effort Life Is Good. The band will also be hosting a St. Patrick’s Day Celebration at the Hollywood Palladium on Saturday, March 17th as well. In addition, they’ll be hitting the high sea on their annual Salty Dog Cruise featuring The Offspring, Buzzcocks, The Vandals, Lagwagon, The Adolescents, and more.

The 18-date headline outing kicks off in Columbia, SC on March 1st then heads down South to Florida, across to Texas, then cross-country to the West Coast to conclude in Bend, OR on March 24th. They’ll be performing songs off of their sixth studio album Life Is Good as well as their discography. Clash Music declared, “A bold and confident sixth effort.” Clash Music confessed, “Life Is Good is arguably one of the band’s most upbeat and optimistic records to date.” SLUG Magazine added, “Life Is Good is another step in the band’s evolution.”

Flogging Molly is celebrating their 20th Anniversary as a staple in the punk scene. The band started out as the house band at Molly Malone’s and built a loyal following. A few of their influences include The Dubliners, The Pogues, Johnny Cash and The Clash. They’ve built a massive following through endless touring and even have their very own boat cruise which has hosted everyone from Rancid to NOFX to Less Than Jake to The Bouncing Souls to Frank Turner. To date, they’ve released six studio albums including 2002’s cherished Drunken Lullabies.