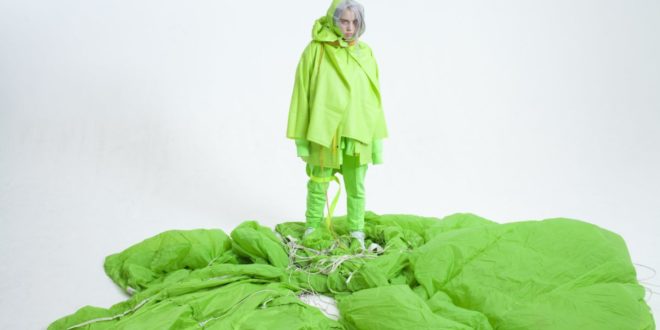 Darkroom/Interscope Records artist Billie Eilish has released her latest track “&burn” worldwide today. Described as “a moody slow-burner packed with booming drums, hushed verses, and a killer guest appearance” by The FADER, “&burn” was produced by her brother Finneas O’Connell and features American west-coast rapper Vince Staples.  “&burn” is available on all digital platforms from today.

2017 has seen 15-year-old Billie Eilish rise to international acclaim with the release of her debut EP “dont smile at me” (Darkroom/Interscope Records), sold-out tours across Europe, Australia, New Zealand and North America, and being touted as Apple’s UP NEXT Artist, VEVO’s 2018 Artist To Watch on dscvr and listed as part of the UK’s BBC’s Sound of 2018 poll.

This month, Billie Eilish also announced her 2018 North American WHERES MY MIND tour, which went on to sell-out in under an hour. Last week, the Los Angeles born artist announced an additional NYC date to her upcoming tour, as well as a venue upgrade in Boston – both have since completely sold out. For a full list of tour dates, see below. For more information, go to: www.billieeilish.com

Earlier this Fall, Billie Eilish made her live daytime television debut when she stopped by MTV’s TRL in New York City to perform a “jaw dropping” rendition of her viral hit, “Ocean Eyes.” Watch it HERE. Eilish also made her late night television debut on CBS’ The Late Late Show with James Corden (watch HERE).