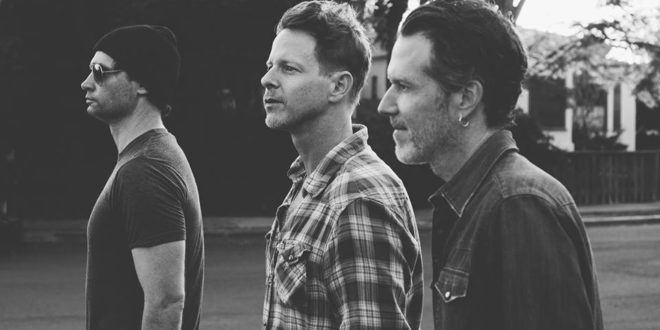 On the tail of the summer comes an indie gem by left coast rockers WILLODEAN, multifaceted in vibe and shimmering with deeply catchy hooks. Awesome Life Decisions is a polished offering of expertly crafted rock and pop for fans of poppy shoegaze heroes Fountains of Wayne and the Flaming Lips and indie rock brooders Spoon and Afghan Whigs.

The album kicks into gear with a smooth and sexy vintage-sounding number called “The Gold”, calling to mind early Maroon 5 and Fitz and the Tantrums and according to the band “was written in under 20 minutes”. If that tune didn’t get you swinging your hips the four on the floor boasting song “The Want” will certainly inspire movement and maybe even the odd fist pump. The rebel anthem “Good Idea” slows down the vibe and gets serious about social commentary. Going even deeper into these artists of pop-rock emotions, “Everything Will Be Okay” is a sweet lullaby showcasing a soft and sentimental performance and songwriting chops. Brightening up the room comes “Olive”, a fun and whimsical examination of a girl similar to The Flaming Lips “Yoshimi Battles the Pink Robots”. The band had this to say about the track:

“‘Olive’ is about a friend of mine who has a lot of self-destructive tendencies. At the core of that was always her loneliness and self-esteem issues. Not that it’s like that with everyone by any stretch, but with her, it just happened to be. She was very candid about that kind of thing, very open with anyone and everyone about her personal issues. She would almost casually tell me how she thought no one could ever love her. I suppose this song was my attempt at cheering her up. I wrote it nearly ten years ago but we brought it back for this EP, I think it fits our sound now.”

Rounding out the album is the instantly classic feeling “Glasses” that could easily live beside Weezer’s “Beverly Hills”.

We should consider ourselves lucky to get a taste of the southern roots of frontman Abbie Huxley, the smart, McCartney-esque songwriting of Randy Wooten, and the indie rock edge of producer/bass player Eric Holden. My favorite takeaways from Awesome Life Decisions is that it takes us on a journey into the souls and minds of the California songwriters and shows us you can teach old rock new tricks.

Stephen Vicino is the founder of MusicExistence.com. He created this site to give talented musicians a voice and a way to be discovered.
@@svicino
Previous Amaroun releases kaleidoscopic debut single ‘Bed Bugs’
Next Album Review: Toothgrinder – Phantom Amour