Home / News / Skillet To Release ‘Unleashed Beyond’ On November 17 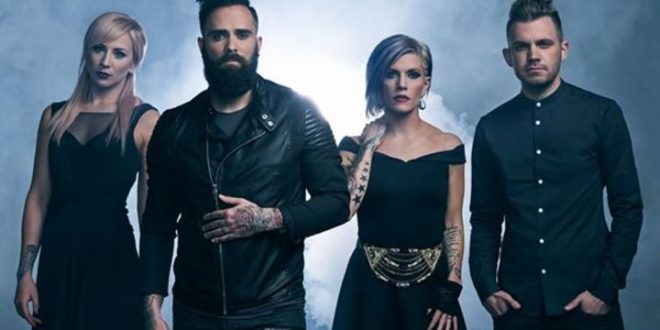 Skillet To Release ‘Unleashed Beyond’ On November 17

Building on the success of their critically acclaimed and commercially successful release Unleashed, Skillet is back with a new deluxe edition of the album. Unleashed Beyond is slated for release on November 17th via Atlantic Records. The deluxe edition features the previously released version of the album as well as 5 unreleased tracks including a song that features former Flyleaf vocalist Lacey Sturm. There are also 3 remixes of tracks from Unleashed including the #1 single “Feel Invincible,” the crowd favorite “The Resistance” and the masterful interpretation of “Stars” from the recent film The Shack. The deluxe edition is currently available for pre-order on all Skillet tour stops as well as via their webstore.

Any fan who pre-orders Unleashed Beyond will receive an instant download of the unreleased Feel Invincible Remix EP, which is comprised of 5 vastly different re-imaginations of Skillet’s #1 single. The remix EP will also be available for purchase via all digital retailers starting on November 17th. The tracklisting for the Feel Invincible Remix EP  is:

Skillet has cemented their place as one of the 21st century’s most successful rock bands. Selling more than 12 million units worldwide, the Wisconsin quartet have received two GRAMMY® Award nominations and won a Billboard Music Award for the platinum-certified Awake. Their double-platinum single “Monster” was “the eighth most-streamed rock song of 2015” and currently has over 105 million plays (and counting) on Spotify, earning the distinction of becoming “the best-selling digital single in the history of Christian Music.” 2013’s Rise bowed at #4 on the Billboard Top 200 upon release and received resounding and eclectic acclaim from the likes of USA Today, New York Times, Revolver Loudwire and more. Their latest album, Unleashed, debuted at #3 on the Billboard 200 and the first single “Feel Invincible” went to #1 on the Rock Radio chart.  The track “Stars” was featured in the motion picture The Shack, released last March. Skillet was recently nominated for 3 additional Billboard Music Awards and their songs have been used by the WWE, Marvel, ESPN and the NFL to name a few.

Skillet is currently touring in support of Unleashed on the Air1 Positive Hits Tour. Information for tickets on all upcoming shows can be found at: http://www.skillet.com/tour.