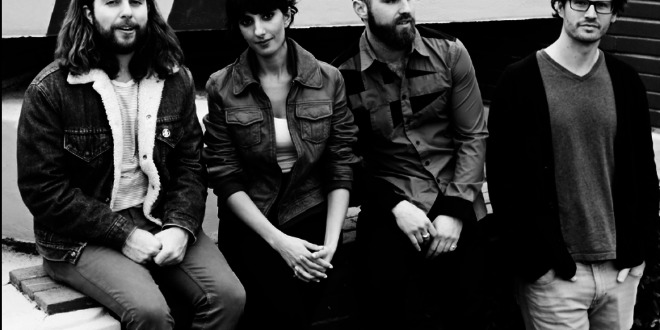 Combining the songwriting strengths of Alt-J and the production agility of Four Tet and Apparat, MOSAICS is a San Francisco trio crafting and spinning catchy, emotive electro and experimental rock tracks. With positive reviews from SF Weekly, The Music Ninja, Indie Rock Cafe, Magnet Magazine, CMJ, The Big Takeover, MOSAICS is increasingly recognized as a rising, hot new band in the San Francisco Bay Area and beyond.The addition of vocalist and pianist Maryam Sadeghian to the original founding duo of Devon Kelts and Tyler Hill in 2016 has been a huge boost for the band, helping them to realize a greater depth and emotional range on their latest EP, Year of Valor, another compelling release to add to MOSAICS’ ever- evolving muse. In the summer of 2017, the band released its most ambitious single to date, “Secrets” which you can now watch the video for here:

How did the band first come together?

The band first came together as a concept project back in 2011 between college friends/classmates Devon Kelts and Tyler Hill (no longer in the band). We wanted to create compositions inspired by unique acoustic guitar compositions and fuse them with the world of electronic production. Maryam Sadeghian was later brought in for her fantastic vocals and adept songwriting talents.

Where did the name Mosaics come from?

For our first EP we relied heavily on arranging and producing samples solely derived from acoustic guitars. One day when we were looking at our DAW Interface we noticed just how many samples were on the screen. It literally looked like a mosaic. We had a eureka moment and since then the name stuck although originally it was MOSAIC before become MOSAICS with the addition of a vocalist.

Your earliest songs are more on the acoustic side, but “Secrets” has more of an electronica vibe, what prompted the change?

As our sound and songwriting has evolved we’ve made an effort to create more aggressive and bolder compositions. We feel that our newer music is much more in your face and does a better job grabbing the listener. I guess you could say it was just a natural evolution in our attempts to write better pop.

Have you begun work your second album yet?

We’re working on our next LP entitled “The Original Shape of a Dream”. We’re incredibly excited about the music and feel like its our first mature statement of what we want our sound to be.

Aside from Alt-J, Four Tet and Apparat, who are some bands that have influenced your sound?

Other bands/artists that have played a big role in influencing our sound are Sia, Yeasayer, John Mayer, Caribou, Michael Hedges, M83, Prince and TV on the Radio.

What is one thing about your live show that people will be talking about after seeing you?

The most unique thing about our live show is our visuals. They are truly one-of-a-kind! Our visual expert, Ian Rust is a roboticist who creates the imagery by using software he developed originally for self-driving car applications.

What is one goal you hope to achieve before the end of 2017?

We’d like to have a successful West-Coast tour. There’s also a single called “VICES” that we’re anxious to release and hope that it achieves widespread acceptance.

Keep up with MOSAICS online: