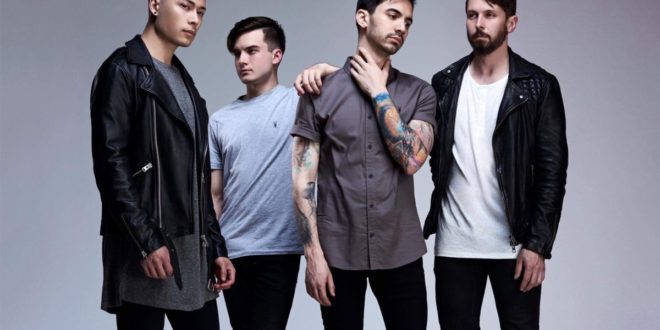 Vespera is thrilled to release their music video for “Obsidian Dreams,” the second off their forthcoming album The Thoughts That Plague You produced by Taylor Larson (Periphery, Darkest Hour). “Obsidian Dreams” is a prequel to the band’s debut “Bloom” and yet again features Jourdan Miller (winner of America’s Next Top Model in 2013). Frontman Jonathan Wolfe added: “Obsidian Dreams’ focuses on the apex of someone’s mental anguish and the self-reflection they undergo. It’s the moment of nostalgia and hopelessness an individual experiences before they enter the next chapter of their lives.”

Earlier this year, Vespera launched their first music video for “Bloom” exclusively on Billboard. The track was inspired by Wolfe’s girlfriend Jourdan Miller. “Bloom” also secured a spot on Spotify’s official Rock Hard playlist. Bloom was written for Miller which Wolfe stated is “a song about two weathered people who’ve endured strenuous pasts and come together to create a better future together.”

Formed in the ether of 2016, Vespera would soon outgrow its quiet formation and become a reverberating sound aiming to echo through time. Vespera was created by artisan musician Jonathan Wolfe in Seattle, WA while on hiatus after relocating from Los Angeles, CA. Months of self -discovery and musical experimentation would lead towards the unintentional creation of seven instrumental demos that would capture the dark and haunting moods that inspired Wolfe to venture into a new sound. The music takes twists and turns, painting dismal moods and hopeful recourse within its chord choices. The dark, technical sound of guitars fused around intricate drumming would set Wolfe on the path to discover a new, haunting yet natural tone to combine with a refined and confident upper register. The result is a well-thought-out story, told within a vivid and dynamic soundtrack.

During the Summer of 2016, Wolfe traveled to Bethesda, MD to work on a 5-song EP with Taylor Larson (Periphery, Darkest Hour). Larson would assist Wolfe in his venture towards a new sound. In a turn of events, five songs would soon become the 15-track album titled The Thoughts That Plague You. Between his time in Seattle, Miami, New York, and Bethesda, he would not only finalize the songs for the album but also write the treatments for six music videos whilst completing the lineup for his as-yet-unnamed band.

Wolfe later added Jonathan Schwartz (drums), Cairn Tse-Lalonde (guitar), and Paul Anderson (bass) to the team. The four would come together as complete strangers, taking a leap of faith, and moving forward together as a unit. Vespera made its first appearance on April 1, 2017 with a video clip showing Wolfe playing guitar in a studio setting. The words of David Bowie played over the audio, speaking to the viewers. “If you feel safe in the area that you’re working in, you’re not working in the right area. Always go a little further into the water than you feel you’re capable of going. Go a little bit out of your depth and when you don’t feel that you feet are quite touching the bottom, you’re just about in the right place to do something exciting.” Wolfe says “I wanted to introduce my new endeavor to the world with the very words that inspired the start to this journey.”

For updates on Vespera, please visit: 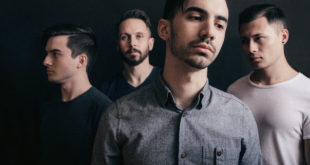 Interview: Jonathan Wolfe of Vespera on ‘The Thoughts That Plague You,’ Relationships, Fan Outreach