Already packing in a massive 7 stages, Slam Dunk Festival have added another to this year’s event by announcing the return of the acoustic / solo stage.

The stage will be headlined with a solo performance by Bryce Avary of THE ROCKET SUMMER. Bryce will be performing a special intimate show including brand new songs off his recently released album Zoetic.

After playing a full band set on the Kerrang! Flesh Blood stage at last year’s Slam Dunk Festival, ROB LYNCH returns to the festival to play a solo acoustic set.

Blitz Kids disbanded last year and AWAY DAYS were born. AWAY DAYS (Jono from Blitz Kids) will be making their festival debut with a stripped back acoustic set. Earlier this year the band released single ‘Messiah’, taken from the band’s forthcoming debut EP due out in May.

Indie-rock band, ELDER BROTHER, with members of The Story So Far will be taking a break from pop-punk duties to grace the acoustic stage.

Next up, the two-piece alternative rock band from Ireland, GREYWIND consisting of siblings Paul and Steph O’Sullivan. Heading out on tour supporting the already announced Slam Dunk favourites Moose Blood next month, this will see GREYWIND doing a stripped down performance for us.

Solo artist GRUMBLE BEE has just released debut EP ‘Disconnect’ and has been causing a stir in the media and with fans of late. Slam Dunk Festival sees Jack Bennet’s act making its debut… “I’m thrilled to be playing the Acoustic stage at Slam Dunk this year! It’ll be great to show people a more stripped back version of my live stuff, so I’m excited for the challenge”

After a cover of Bring Me The Horizon reached a whopping 1.5m views on YouTube, enigmatic entity SEAFOAL is ready to launch into 2016 with the passion and energy that got her noticed in the first place. Don’t miss her Slam Dunk debut!

BETHAN LEADLEY will be taking some time out of her busy schedule presenting on 4Music and vlogging to appear at the festival and the final act to be added to the stage is YouTuber LIANNE KAYE. The YouTube star released her debut EP ‘Vacancy EP’ in 2014 and has since been playing shows and festivals up and down the country.

With its roots in the ska & punk movement of the early 00s, Slam Dunk Festival will always continue to deliver a great ska & punk stage, and this year is no different! However to celebrate the 10th Anniversary of the festival they have decided to do something they haven’t done before!….

They have announced the addition of one of the original artist that inspired the whole ska punk movement! THE BEAT will be joining the party to bring some old school skanking to the stage and show the younger generation how they did it in the 80s!

Ranking Roger say’s ‘The Beat are honoured to be a part of this year’s Slam Dunk festival, and considering that this is their 10th year, I know that it’s going to be special. I expect a lot of dancing and skanking smile emoticon’

Also added to open up the stage is THE JB CONSPIRACY. The band played the festival back in 2008, so we thought it was about time to bring them back!
“We’re over the moon to have been invited back to Slam Dunk after so many years. We’ve shared stages with a lot of these bands over the past decade so we’re really excited to be seeing everyone again”

Birmingham based club brand, UPRAWR have also announced the full lineup for their stage. Although Slam Dunk regulars BURY TOMORROW will not be playing a full band set, brothers Dani & Davyd Winter – Bates  have been announced playing a DJ SET “After playing Slam Dunk so many times it almost feels like summer is not the same without us being there. ” says singer Dani.  “So obviously we couldn’t play this year but myself and Dav have been known for our crazy DJ sets and Slam Dunk along with Uprawr decided to get us involved. We love getting everyone pumped and in the party vibe so you can expect an absolutely insane DJ set !! We cannot wait! ”

Slam Dunk organiser Ben Ray has also made the unusual announcement that 2 of the 3 events are near to selling out. “People on social media are continually asking us how many tickets we have left and when the events will sell out. As this may be the last pay week for many to buy tickets, I felt it necessary to speak out. We are certain that the South site in Hatfield, which now is the smallest, will sell out by the end of the next month and before the next payday. This probably will be the same for Leeds but with that I’m a bit less certain. I’m happy to say though that the new large site at the NEC can accommodate more, so we should have tickets left till a lot nearer the event. We don’t feel as bad when people can’t get tickets if we have given them plenty of warning!”

Tickets are on sale now and priced at £42 or £47 including afterparty. The festival is for Age 14 + (festival only) or 18+ for the afterparty tickets.

Visit www.slamdunkmusic.com for all ticketing links.

This year will see some huge upgrades to the event, continuing the huge year on year growth the festival has experienced. Following the success of last year the Leeds site will remain in the City Centre, with a new site being announced at the Birmingham NEC and the Southern date will remain in Hatfield, at the University of Hertfordshire campus for the fifth year. This will bring the capacity up to a huge 40,000 fans across the weekend.

SLAM DUNK FESTIVAL has won ‘Best Festival’ at the Kerrang! Awards in both 2014 and 2015. Widely regarded as the biggest awards in rock, the festival beat strong competition from major events such as Reading /Leeds and Download. Slam Dunk has also been in the final shortlists for ‘Best Metropolitan Festival’ at the UK Festival Awards, in 2013, 2014 & 2015, and ‘Best Festival’ (up to 15,000 daily capacity) at The Live UK Awards 2015. 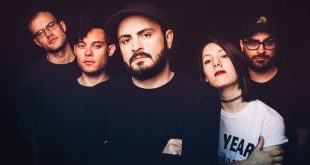 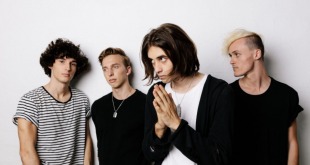