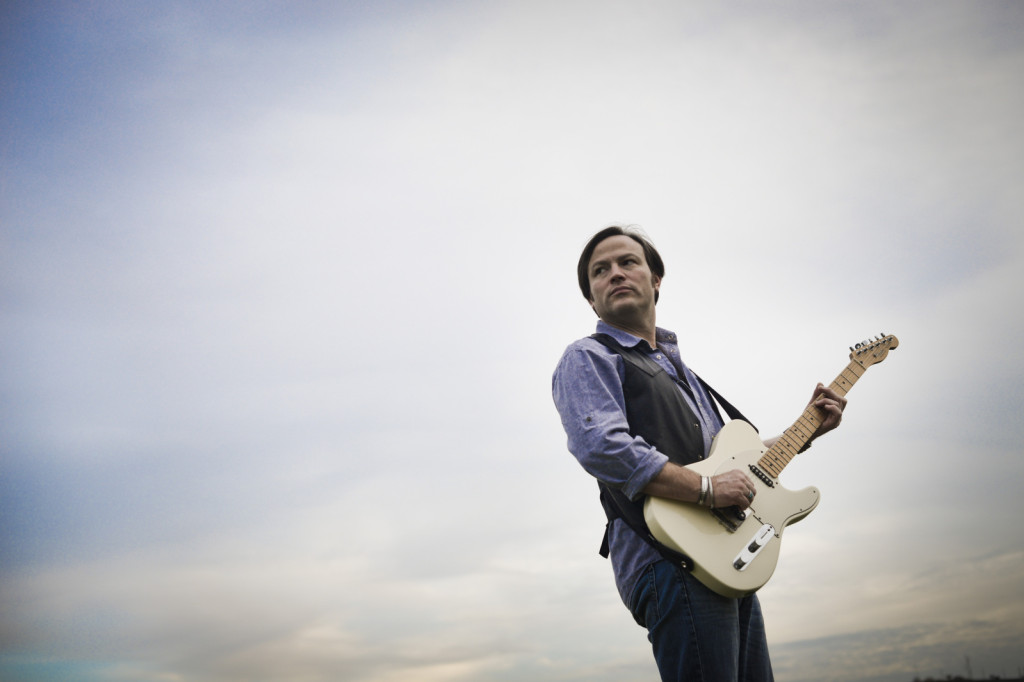 Singer, songwriter, and musician ADAM HOOD loves a challenge. It was years of relentless touring throughout Texas and the Southeast as a young artist that landed him a coveted record and publishing deal in Nashville, and earned him a successful music career for over 12 years. And yet, now as an accomplished songwriter and musician with a loyal fanbase, awards and chart-topping singles, ADAM is ready to test himself again.

The Alabama native is set to release his fourth full-length album WELCOME TO THE BIG WORLD Tuesday, November 4 on his own indie label (Adam Hood Music). While appreciative of the opportunities his past two record labels provided him, ADAM is really looking forward to this new chapter in his career, and all the creative freedom that comes along with that. In November 2013, he took to the crowdfunding site Kickstarter.com where his fans pledged their support, helping him reach his goal and allowing ADAM to make the record he’s always wanted to.

“The decision to do this record on my own was based on two things,” ADAM explains. “First, watching my friends and peers finish projects this way and come out with amazing records! But more importantly, at this place in my career I’ve developed more of a vision for how I want the songs to sound sonically, from a production and instrumentation aspect. Some guys have always written songs and they know exactly how they want them to sound recorded. It’s been a process for me, but I’m coming into my own…I hope. I knew Rachel [producer Rachel Loy] would get where I wanted to go with these songs and choose the right players to take us there. I think it worked!”

With producer Rachel Loy at the helm, WELCOME TO THE BIG WORLD is a biographical soundscape that ranges from Delbert McClinton roadhouse rock to Kris Kristofferson storyteller folk, with a mix of timeless two-step shuffles. The album’s first single, “Trying to Write a Love Song,” was released earlier this year and hit Top 5 on both Texas Music Charts. The song–a straightforward, booze-and-truck-free anthem about chasing a woman in a hot dress to cure writer’s block–was co-written by HOOD, longtime Nashville songwriter Pat McLaughlin and rising newcomer Logan Mize. Check out the lyric video for “Trying to Write a Love Song” above.

“The process of co-writing is a difficult one to explain. My experience with it has been that sometimes it works, sometimes not,” shares ADAM. “Pat and I have been writing together for a while now and he’s my ‘go to’ guy. He writes around groove and feel more than anything and the lyrics seem abstract and almost pointless, until we finish. Then we both listen to the song and the story has made itself!! It’s magic and it happens most every time I write with Pat. He’s my hero.”

Other notable collaborations on WELCOME TO THE BIG WORLD include Grammy-nominated hit-maker Will Hoge who co-wrote the imagery-rich “Postcards and Payphones,” a candid ballad that describes the pain and loneliness of touring life, as well as ADAM’s co-write with Charlie Worsham, the fun-loving “The Countriest,” which features Texas darling Sunny Sweeney in her guest harmony debut. A live and rowdy crowd at Billy’s Icehouse in New Braunfels, TX backs HOOD on the raucous “Bar Band,” which will be the next single off the album.

WELCOME TO THE BIG WORLD is available for pre-order now via Lone Star Music and iTunes.

To coincide with the album release, ADAM is also getting ready to hit the road. He will again partner with Texas musician Jason Eady as part of their “Southern Brothers From Another Mother” co-headlining tour. For this run, the two will perform together as an acoustic duo, trading off original songs. ADAM also has a few solo acoustic and full band shows scheduled. Full tour itinerary is below and ticket info is available at www.adamhood.com.

“Half of this project is based around songs I’ve ‘had in my pocket’ for a long time,” ADAM says. “For one reason or another they didn’t make it on the last few albums, but I was playing them out every once in a while and people were responding. I also got close to these songs by doing that. You can never really tell if a song is good until you play it for people, that’s the test. I’m glad I waited on all of these. I think every song sounds like it should.”

Stephen Vicino is the founder of MusicExistence.com. He created this site to give talented musicians a voice and a way to be discovered.
@@svicino
Previous FEARLESS RECORDS RELEASES FIRST SONG FROM PUNK GOES POP VOL. 6 & LAUNCHES PRE-ORDER
Next Stream Skyes Amazing New EP ‘Gold Dust’ Now