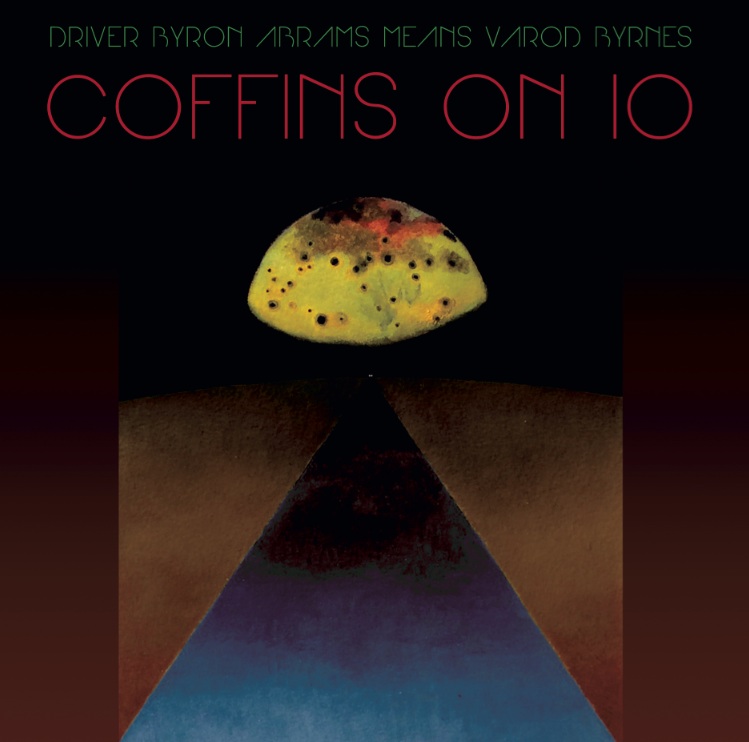 Kayo Dot’s newest album, Coffins On Io, is streaming in its entirety now. Listen to it now before its street date next week via San Francisco’s Flenser Records.

Led by founding member Toby Driver (also of Secret Chiefs 3), Kayo Dot emerged in Boston, MA in 2002 from the ashes of metal group Maudlin of the Well. Since then, Driver has led Kayo Dot through several lineup changes and dramatic stylistic shifts: from traditional metal, to atmospheric, avant-garde metal; and now with their new album Coffins on Io, the bats-in-your-belfry hard rock of Sisters of Mercy meets Peter Gabriel-era Genesis, Scritti Politti and early Roxy Music. In 2013, Kayo Dot demarcated the beginning of a sonic change by releasing their critically acclaimed conceptual double-albumHubardo. Undeniably experimental, but largely unclassifiable, Hubardo received rave reviews: SputnikMusic ranked it among their best albums of 2013, and CVLT Nation called it, “mesmerizing avant garde blackened doom,” and a “towering achievement.”

But when it comes to Kayo Dot, change is the only constant. And like the best pop culture chameleons of the past, Kayo Dot’s evolution is governed by an inscrutable inner-logic. Despite the accessible songwriting of Coffins on Io and the emphasis on vocal melody and electronic percussion, Kayo Dot fans will find the record’s darkness and intensity familiar and relatable. For example: the dark wave of Coffins on Io album-track “Off-ramp Cycle” might be unrecognizable to Kayo Dot’s metal fans. “The sound is kind of like a sexy combination of Type O Negative, Peter Gabriel, Sisters of Mercy,” Driver says. But the track also encompasses the brooding menace of classic Bauhaus as well as current dark wavers Cold Cave and Crystal Stilts: artists young and old who live and die in those unknowable corners where heaviness meets delicacy and sincerity meets theatricality.

Elsewhere, Driver’s penchant for prog rock surfaces in the ethereal “Spirit Photography,” complete with a saxophone melody line—strikingly gentle when compared to Kayo Dot’s brutal back catalog. “Long Time Disturbance on the Miracle Mile” could be a Bryan Ferry-era Roxy Music cut, and “The Mortality of Doves” could be Eno-produced David Bowie.

Driver says there’s also an element of sexuality in Coffins on Io.“Basically the vibe that we’re going for here is inspired by 80s retro-future noir— Blade Runner,” Driver explains. “I wanted to make a good record to put on while you drive across the desert at night under a toxic, post-apocalyptic atmosphere,” he says, adding, “There’s a weird underlying theme of murder, shame and death.”

Stephen Vicino is the founder of MusicExistence.com. He created this site to give talented musicians a voice and a way to be discovered.
@@svicino
Previous METRO STATION AND THE READY SET ANNOUNCE CO-HEADLINE FALL TOUR
Next Moose Blood Debuts New Video & Release New Album