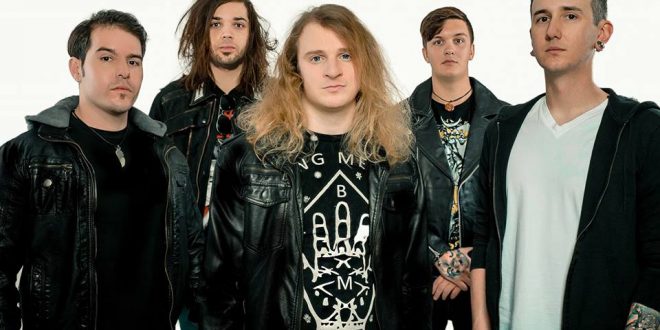 Arizona’s next, breakout rock act Remember The Monsters have announced today plans to release their debut, full-length album, The Pieces Remain, on March 16th. Gearing up for the record’s unveiling, the band has partnered with NewNoiseMagazine.com to premiere the record’s first new track, “Romeo & Juliet.”

Commenting on the new song, the record’s producer Cameron Mizell (Sleeping With Sirens, Danny Worsnop) says, “This song makes me feel all of the feelings all at once, intensely, and when the song is over I feel as if I was just beaten senselessly in a masochistic fashion. It’s fucking bizarre in the best way.”

Remember The Monsters’ vocalist/guitarist/songwriter Ashten Banks add’s the song is “my sick and twisted take on a literary classic.”

Blending the wide range and dynamic sounds of their many influences, Remember the Monsters combines the sleazy glam and soaring melodic hooks of Rock N’ Roll (think Mötley Crüe and Guns N’ Roses) with the hard-hitting edge and soulful introspection of their modern contemporaries. Genre defying and passionately driven, the band delivers a listening experience unlike any other.