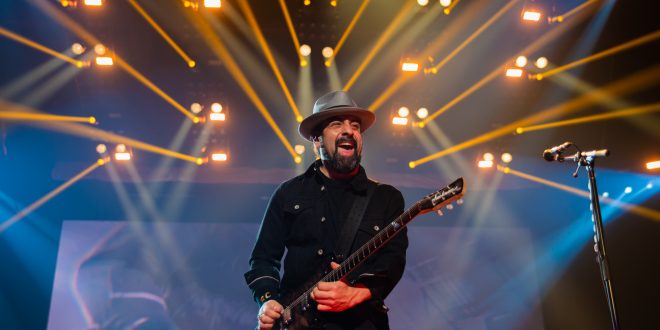 On Wednesday, Volbeat shared their new music video for “Temple of Ekur” off their recent studio album, Servant Of The Mind which is out now via Republic Records. The video is directed by Shan Dan & VisualHype, who have worked with the band on many lyric videos as well as the youthful video for 2019’s “Cheapside Sloggers.”

“Temple of Ekur” is the opening track from Volbeat’s newest album, Servant of the Mind, which Revolver calls “excellent… the darkest and heaviest Volbeat offering yet”. For Servant of the Mind, the band, which consists of Michael Poulsen, Jon Larsen, Rob Caggiano and Kaspar Boye Larsen took their signature heavy metal, psychobilly and punk ‘n’ roll sound up a notch while showcasing Poulsen’s keen ability for songwriting and storytelling. “Rarely has such a successful band sounded so ravenous,” says Kerrang! Magazine of the album. The new album is now available in standard CD, deluxe 2LP vinyl (in various limited-edition variants) and a deluxe digital edition HERE.