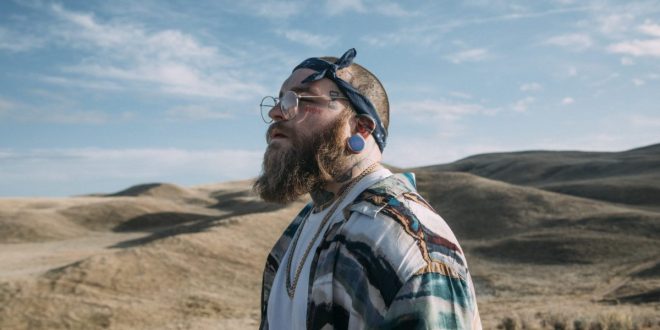 “Love how you kiss every tattoo on my face,” the Atlanta native sweetly sings over bouncy bass and grooving percussion on the song’s knockout chorus. “Yeah, it’s the time and place, to do what the doctor said.” It turns out, Swims is seriously lovesick: “By morning, what I need, the perks of being a fiend, is that I get to take a dose of you again.”

The mellow anthem expertly plays to Swims’ dazzling vocal abilities, allowing him to effortlessly explore his range as he details a romance that “stole his common sense.” The accompanying music video, which just dropped, finds the Southern boy enjoying a drink in a stylish, vintage room—which is slowly being taken apart around him. A perfect metaphor for an addictive, upending infatuation.

“So excited to release this song to the world!” the soul singer says of “dose.” “When it was first written, I knew immediately it was one of those songs that will never leave your head. There’s nothing in the world like quality songwriting where less is more. The moments where you can just let a vocal carry over nothing more than a bass!”

The infectious single follows the release of Swims’ Tough Love EP, which he is currently promoting with his Tough Love World Tour. Currently on the North American leg, Swims is set to headline the famed Webster Hall in New York later this month on April 29. Additional tour dates below.

With more than 438 million streams to his credit as well as blistering performances on The Today Show, The Late Late Show with James Corden, Late Night with Seth Meyers, The Ellen DeGeneres Show, The Late Show with Stephen Colbert, and The Kelly Clarkson Show. Swims is very much a hitmaker on the rise. And, with songs like “dose” in his arsenal, music lovers everywhere will soon be feeling the effects.