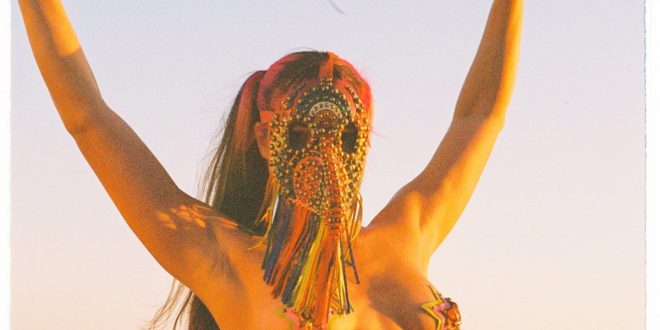 New York-born and Los Angeles-based emerging songstress Molly Moore has released “Shy,” the third and latest single from her forthcoming EP Escapism, out February 11th. Over a groovy, pulsating beat accompanied by horn flourishes and buzzing synths, “Shy” offers an unguarded paean to connectivity with someone you feel an initial spark with and the eagerness in knowing if the sentiment is mutual.

“This song was written in a stream of consciousness,” shares Molly. “It was one of those times when I listened to the words I was naturally saying while writing the melodies and they fit exactly how I was feeling without really having to change too much. I was starting to feel a spark and wanted to know if the other person felt it too. It felt like they were holding back what they were feeling, and I wanted to know if I was just in it alone or if what I was feeling was real. In general, I think people should be encouraged to communicate more freely and honestly, and so often we hide our truth in an attempt to make someone else’s experience better, but we end up making the entire situation more complicated.”

Brimming with emotional vulnerability, the hazy dream-pop track, which was co-produced by artist and friend NoMBe and Mike Gonek, provides a look into the heart of Escapism. Featuring “Shy” along with Molly’s previously released singles, the multifaceted EP encompasses the moments of hope and acceptance in an untraditional love where feelings are dynamic – temporary, lingering, abiding. On “Do They,” Molly blurs the lines of genre, creating a multi-layered house party atmosphere and addresses the highs and lows of being in love with someone you can’t be with in a traditional sense. Meanwhile “Marco Polo,” in collaboration with NoMBe, is a swirling blend of harmonic bliss with a splash of bossa nova that tells a story about meeting someone you can escape reality with while struggling with deciding whether to dive head-first into the relationship or continue testing the waters.