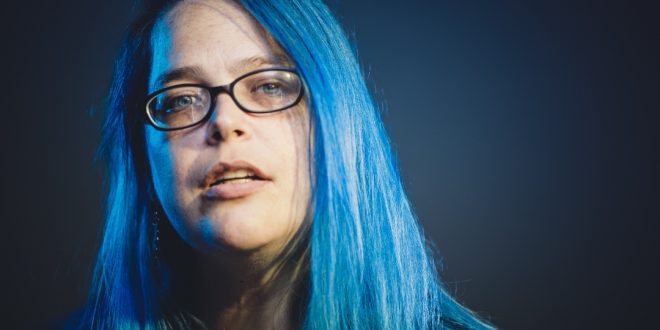 Los Angeles-based @ Little Spiral @ has released her newest single, “Redefining Perfect”.  The song itself was written over four years ago, but singer-songwriter Suzanne Yada, who performs under the stage name @ Little Spiral @, has been waiting for the perfect time to release it

“I wrote this song with body positivity and LGBTQ+ acceptance in mind, but it’s really for anyone who struggles with who they see in the mirror. We’ve all inherited someone else’s idea of what perfection is, and this song gives us an opportunity to define it for ourselves,” she explains. “I had a friend in the film industry that was looking for songs about self-acceptance and being comfortable in your own skin. As a plus-size, queer woman, I knew a thing or two about that struggle. I knew I could write something for them.“

“Redefining Perfect” has undergone a few iterations before finding its current form. “I wrote it as an upbeat song for the film since that’s what they were looking for.” she explains, “A songwriting friend pointed out that “upbeat” wasn’t this song’s real nature, and that it conveys everything perfectly when stripped down.“

The track has taken on a life of its own, often standing out at Yada’s live performances. “Every time I play this song at live shows, audience members would invariably come up to me telling me how much that one song, out of the whole setlist, moved them to tears.” she says, “Every time I let it out of its shell, it speaks to the right people, at the right time, in the exact way they need to hear it.“

The track was mixed by Case Newcomb with Yada recording and performing all of the music. To create the right feel, they purposefully turned the metronome off, so some organic imperfections could come through in the music. It is the first released single off of @ Littlte Spiral @’s upcoming EP, Part-Time Agnostic, a 5-track offering out in early 2022. This is her first public EP since 2018, but Yada has released over 45 songs through her Patreon Song Of the Month Club over the last three and a half years.

@ Little Spiral @ is a Queer, Body Positive,  indie artist from Los Angeles, California. @ Little Spiral @, the stage name of singer-songwriter, Suzanne Yada, blends her love of indie rock, pop, classical, and roots influences with her background in poetry, media, and the internet to create clever piano pop songs for the digital age.

With an evergrowing Patreon fanbase behind her, @ Little Spiral @ has spent the last three years building an army of demo songs that showcase her raw talents and unique point of view as an LGBTQ+, Body Positive woman. Fans of Tori Amos, Amanda Palmer, Ben Folds, Mary Lambert, Fiona Apple, and Regina Spektor will feel right at home in the @ Little Spiral @ galaxy.

FOR IMMEDIATE RELEASE January 29, 2023 – Alles Muß Raus is the third album by Akustikkoppler, an ongoing collaboration …