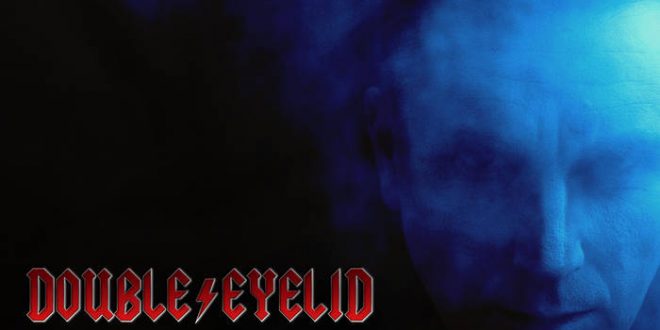 With lyrics that provide a first-person narration from the perspective of a murderer, ‘Night Prowler’ was a ‘deep cut’ on its release in 1979, but became the cause of controversy for AC/DC some 6 years later due to tabloid claims that serial killer Richard Ramirez (coincidentally known as the ‘Night Stalker’) considered it his theme song.

DOUBLE EYELID‘s take on the track for 2021 is a glammed-up version with slinky industrial underpinnings – think ‘Aladdin Sane’ period Bowie with a drum machine. Bon Scott’s rough and ready street punk has been left behind in the 80s – this ‘Night Prowler’ is an oversexed vampire who kills with style.

Last seen touring the US in 2019,DOUBLE EYELID is currently ‘crawling back out of a COVID-related slowdown,’ as central member Ian Revell (vocals, electronics) put it.

Produced by Sean Beesley, the track features Sky Shaver on guitar and marks the return of Benjamin Mueller-Heaslip on piano.