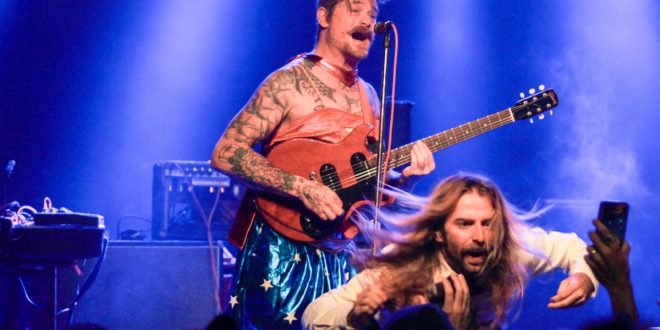 Editor’s note: There’s nothing conventional about the way Osees do things. Known by several different names, the San Francisco based five piece have become known for their unusual approach to live shows as well as releasing music. In 2020 they released not one, but three, new studio albums. With so much unpredictability, we though who would be a better band to see on Halloween than Osees. So Ash Carr headed out to Teragram Ballroom with their camera in hand to capture some of the energy that comes out in a Osees live show.