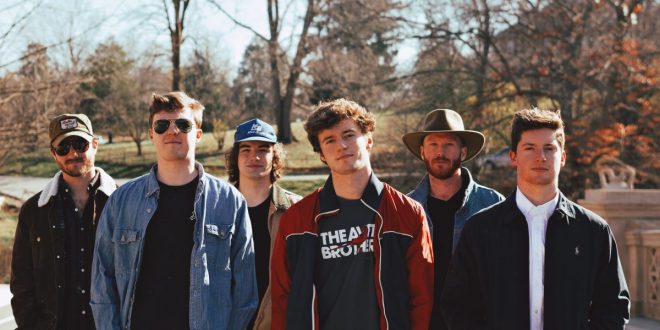 The Highlanders are a five-piece alternative country folk band from Louisville, KY. After being a college cover band for a year or so, the group decided it was time to venture into legitimizing the band in the local music community. They released the singles “Whiskey Dreams” and “Get Back” in 2019. After receiving praise for their first tracks, they went on to release their first full-length album, Different in the Dark, in late 2020. The album has blown up on Spotify and made them relevant in the Kentucky music scene. They are currently working on their second, fully produced project set for 2022, with their new single “Goodnight” out now!

The band is from Louisville, KY. How do you think that Louisville has influenced the music that you make?

Louisville definitely has an interesting music scene with a great mix of new up-and-coming artists as well as large international touring acts. While you may not hear a lot of the popular Louisville bands influence our music directly, they are definitely there in other ways. A lot of the guys in the band are huge My Morning Jacket fans and we have always loved their live show energy. That translates a lot to our live shows as well. We also are heavily influenced by Houndmouth, a band just across the river in Indiana. Their songwriting and general vibe definitely give us a lot of inspiration.

How did the band get together in the first place?

The band started with just three of us. Me, Sam Olshansky, and Sam Coryell, were all lifeguards at the same pool and shared an interest in music. Two of us played guitar and one played bass. We jokingly reached out to our boss, telling him we should play in their summer music series “Sunday Night Sounds.” He surprisingly agreed and ever since then we have been playing shows. A year or so later we wanted a larger sound and added keyboardist Beck O’Daniel, drummer Conner Goldsmith, and guitarist Jake McKean.

Tell us about the “Different in the Dark” album. What should listeners expect when they hear it?

We put out Different in the Dark at the end of 2020. Some of those songs we had been working on for a couple years and we finally had the confidence (and money) to put out our own songs. While we recorded the only songs we had written, and potentially rushed the project, it was a great way to introduce us into the local music scene and kick start our band career.

You have a new single, “Goodnight.” Tell us about it, and how is it similar or different to your past releases?

“Goodnight” is a classic alternative country song that was created when Beck had a horrendous hangover. He wanted to get rid of his headache and tried to close his eyes in the car ride home and instantly came up with the lyrics. It is a really fun one to play live and the crowd usually shouts back the lyrics at the end with us. It is a very similar style to our song “Different in the Dark” yet has a lot more energy in some ways. We had a buddy from Nashville lay down some pedal steel guitar as well that really took the song to a new level.

Any plans for a new full-length? If so, tell us about it.

We definitely are in the works of a full-length album. Right now we are trying to decide which songs should make the album, and are trying to record whenever we can.

What is the most exciting thing that has happened to The Highlanders since you’ve gotten together?