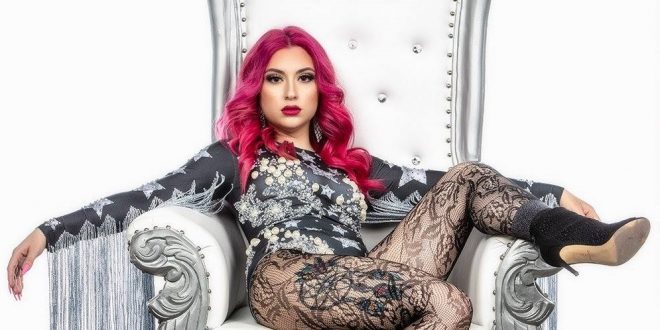 When you’re on stage, it can feel like you’re in the ring, delivering one blow after another in an effort to express a desire to simply stay alive. When the passion is this raw, this real, the audience doesn’t have a hard time picking up on it, and thus, the new video for Mischa’s “G2G” feels like every bit the main event critics have been describing it as lately. Rather than giving us everything she’s got ahead of the track’s first chorus, Mischa lets the tension build in “G2G,” allowing for an eruptive fever pitch that comes in second to no other I’ve heard this autumn.

The vocal here is coming on pretty strong, but my gut tells me that Mischa could go off even harder at the mic if she were really inclined to. Her execution is seamless while her confidence is excellent, alluding to a taste for the tighter arrangements in pop without having to be overambitious about her performance here. She’s putting some real thought into how her words and, for that matter, the tone she’s presenting them in will be interpreted, and at this stage of her career, that kind of attention to detail is not something I normally expect to find.

In “G2G,” the rhythm is made to emphasize the seductiveness of Mischa’s approach as opposed to simply framing the harmony with as much potency as possible. This wasn’t entirely necessary, but hey, if you’re going to utilize excess in some fashion or another, I think there are a lot worse routes you could take than this one. By bringing every element of the music under her command – and therefore making it responsible for the construction of the narrative – there isn’t a moment in this track where our singer doesn’t sound powerful, eroticized, and highly capable of anything she attempts at the microphone.

I was not aware of Mischa before hearing this single and checking out its fight night-inspired music video just recently, but if “G2G” is giving us any kind of introduction to who she is as a songwriter and performer, she’s going to be finding her name in the headlines a lot more in the future. “G2G” is both simple and calculated, which is the right combination for any contemporary pop song in my opinion, but perhaps more importantly, it has the right singer to make its striking lyricism come to life. This is a performer’s performer, and she’s got a lot to look forward to in her career.

Previous Meet Colin O’Daniel Of Alt-Country Band The Highlanders
Next Single Review: Chris Beer “Nothing Like”