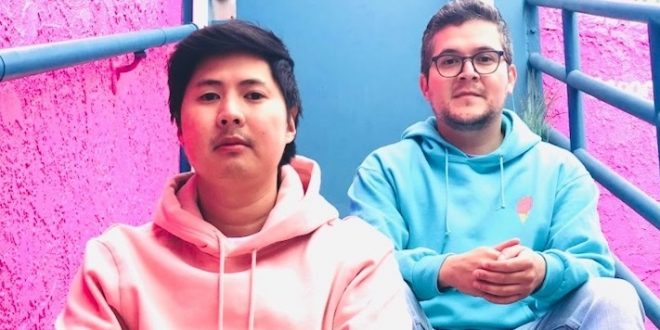 Rather than giving us the hook-driven, melody-centric pop anthem they’re clearly capable of producing without any external influences, Cool Set is taking a less predictable route to our hearts this autumn with a rookie release in “Summer Retro” more than worthy of a closer listen. Aside from the lyrical luster and the velvety lead vocal that guides us closer to the poetic narrative here, “Summer Retro” is a song defined by its carefree rhythm, embracive harmonies, and emotionally charged – but not quite emo – melodic disposition. It’s brooding, it’s bold, and it’s by far one of the best debuts I’ve heard this year.

The visuals in the music video for “Summer Retro” play up the cerebral qualities in the synthpop backdrop, but I like that Cool Set isn’t being overly stony with the overall vibe of the imagery here. There’s more subtle love for SoCal embedded in this release than there is a desire to slip away from reality, but at no point does the soundtrack fall short of being the true centerpiece that we need it to be. These guys might be fresh on the scene, but anyone foolish enough to call them amateurs hasn’t heard what they can do here.

For electropop beats that just about anyone with a soul can get into, the profoundly simple and straightforward “Summer Retro” needs to be near the top of your must-listen list coming into the fall season in 2021. The melodies are decadent, the lyrics lash out with an honest emotionality, and best of all, the foundations of this single and its music video speak to an experimental quality in Cool Set’s sound that can only get better from here. They’ve got the right idea with “Summer Retro,” and now it’s all about seeing what they’re going to do with it next.