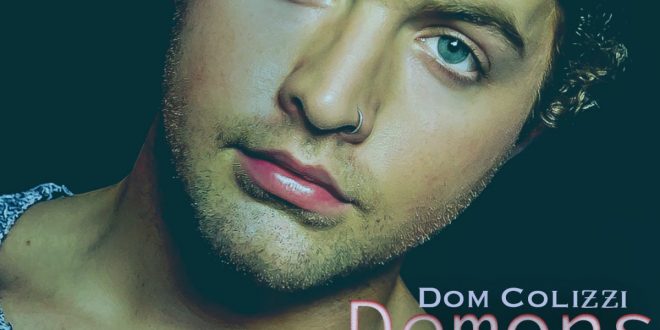 “Demons” is the latest single from Nashville based singer, songwriter, producer and multi-instrumentalist Dom Colizzi. The track, “Demons”, is one that is close to the artist’s heart, and it’s one that Dom hopes will leave a lasting impact on others.

“Demons” is a personal story from the artist’s childhood experience dealing with the effects of bullying and depression. Growing up in Maine, the young Dom would often be bullied in high school due to a severe stutter and lisp. At 19, Colizzi underwent surgery where doctors cut a cord underneath his tongue to correct his speech impediment.

After the painful experience, Dom moved to Los Angeles where he discovered his passion for singing and songwriting as he recovered from the surgery. Since then, the artist has made it a personal mission to stand up against bullying by being a spokesperson for the anti-bullying cause.

“Demons” in itself is a very calm and relaxed song, written around sweet vocals and an infectious hook. It begins with a soft synth beat, before slowly evolving into a richer, more layered synth soundscape.

Everything builds up to the chorus where the lyrics and synths come together for a sweeping climax that demands a listener’s attention and sticks in their head.

The song maintains a very steady pace throughout its entire runtime. The tempo stays the same through  its entire run through as Dom delivers the soft vocals over a subdued beat. The result is a soulful jam that that feels like it’s been run through a hazy dream pop filter.

It works well for the song, especially when paired with Dom’s vocals which are equally soft and inspiring. His delivery gives the laid back synths the optimistic kick that the song needs to stick out.

Dom tackles the pressing subject matter delicately, choosing very specific lyrics that all culminate in the sweeping chorus. It’s all tackled very loosely without specifics, allowing people to understand the general idea of the issue at hand easier. It’s a clever way to handle sensitive topics like this, showcasing the artist’s ability to relate to others who may have the same problem.

“Demons” is a solid single, one that manages to hold its own in the cluttered pop landscape by distinguishing itself through its message, dark soulful music and excellent vocal delivery by Dom Colizzi. We’re looking forward to what the future holds for the young Nashville artist.