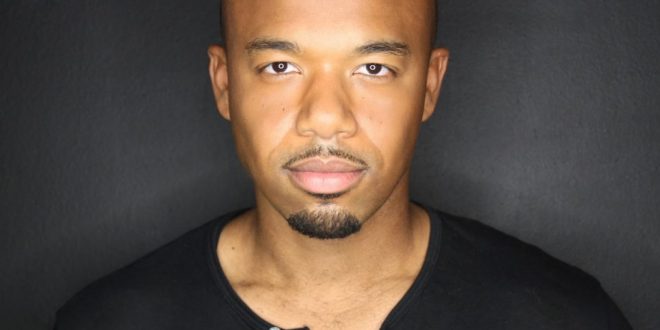 As muscular as a club track but far too muted in delivery to be anything bigger than a powerful R&B ballad on steroids, Rob Murat’s “Love Me Love” is a difficult song for me to instantly categorize with the typical genre terminology critics and labels use to address and market transmissions from new artists. Where some might look at this as a sign he hasn’t found his sound, I don’t think you can listen to “Love Me Love” from start to finish without realizing this is a player who knows exactly what kind of a musician he wants to be – and particularly what kind of material he wants to be known for.

Murat is accompanied by Adina Thembi in this single, and though the latter singer seems a bit overmatched in her first couple of verses, it quickly becomes obvious that even her lightest contribution to the track is made to balance out the darkly overbearing presence of her counterpart in the best way possible. They’re two sides of the same coin here; love and anguish, success and longing, and it’s only through their interplay that we’re able to completely grasp the potency of the narrative at hand.

This lyricism is nothing less than brooding in every department, but I don’t know that it would be as effective an element for Murat were it not given the warmth of the harmonies both he and Thembi forge out of next to nothing here. They’ve got such a hold over the emotion in this piece that I can’t picture another pair recording “Love Me Love” and creating the same results they did. This is credible R&B experimenting if I’ve ever heard it before, and best of all, it doesn’t feel even somewhat born of a recycled model, old or new.

A smart alternative to the less than exciting progressive R&B several mainstream outlets have been pushing as ‘indie’ this year, Rob Murat’s latest single is one that doesn’t come devoid of familiar charismas but still stands out as an undeniably unique document. “Love Me Love” was tailor-made for the diehard pop fan that can’t tolerate filler getting sewn into the fabric of an otherwise brilliant and original concept, and even if its appeal remains tethered to the college radio element that will inevitably pick it up before the summer season concludes, I think that could provide just the right launch pad for Murat to reach an even larger audience.